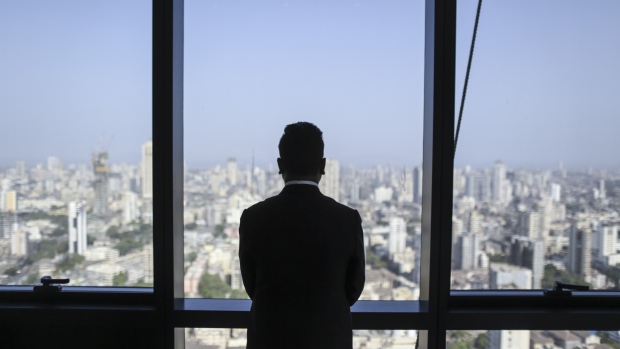 An employee looks out over Mumbai from a show home at Lodha Altamount, a luxury residential project developed by Lodha Developers Ltd., in Mumbai, India, on Monday, April 24, 2017. Lodha, one of India's largest property developers, will resume marketing apartments in the 75-story Trump Tower Mumbai development in the next few months, said Managing Director Abhishek Lodha. , Bloomberg

(Bloomberg) -- Another shadow financier in India has defaulted on a debt repayment, signaling the nation’s yearlong credit crisis is far from abating.

The company’s failure to repay “may result in an acceleration of interest repayment, redemption obligations in respect of non-convertible debt securities issued by us and may trigger a default in their timely repayments,” according to Altico’s statement. “We are evaluating options for resolving the liquidity crisis and will be engaging in discussions with various stakeholders for the same.”

Altico’s default puts a spotlight on India’s property sector, which has been one of the main recipients of funding from shadow lenders, who are struggling to survive a funding crunch. Moody’s Investors Service said earlier this month that a pullback in lending by non-bank lenders against property may result in defaults at small- and medium-sized enterprises.

India’s year-old credit woes began after the shock default by the IL&FS Group in 2018, and many mortgage lenders are struggling to roll over debt. Altico defaulted on Sept. 12 on a six-year loan.

India Ratings downgraded the financier’s debt to A+ from AA- on Sept. 3, with a negative outlook. That same day, Altico’s Chairman Naina Lal Kidwai stepped down, Altico said in a separate statement. The company has 43.62 billion rupees of loans outstanding from banks and financial institutions as of Sept. 12, according to its latest filing.

To contact the editors responsible for this story: Andrew Monahan at amonahan@bloomberg.net, Jeanette Rodrigues, Finbarr Flynn