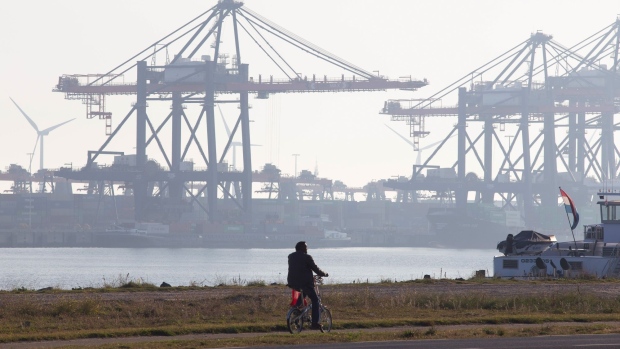 Tomorrow, the US House of Representatives is expected to pass the Inflation Reduction Act. The bill, with its $369 billion for decarbonization, could change the landscape of US climate tech at a stroke — massively scaling up proven technologies like wind, solar and batteries while essentially creating new sectors for green hydrogen and carbon capture.

Some of the economic activity that the IRA will generate is likely to map onto existing geographic clusters of economic activity. Venture capital flows into climate tech, for instance, look quite like VC in general. According to a report by Climate Tech VC, nearly a quarter of the 1,000-plus early-stage climate companies it tracks are located in California.

Early-stage capital is not everything, though, particularly when technologies scale. And critically, success and scale will push technologies into new markets and with new industrial partners. Semiconductor firms describe the challenge of going from small-scale experimentation and prototyping to massive, high-quality manufacturing as going from “lab to fab.” Successful climate technologies will need to do something similar and must draw on clusters of sector expertise.

The San Francisco Bay Area will remain a critically important cluster, given its financial and human capital, laboratories, international connections and access to large domestic markets. The region not only attracts people interested in climate, it has an increasingly large group of executives who are experienced with startups, high growth and global scale — experience that can be devoted to new challenges.

Singapore also seems like a natural fit. The Global Centre for Maritime Decarbonisation, a nonprofit founded last year with funding from the city-state’s port authority, is an instructive example. Last month, it began leading a consortium of 18 industry partners to test biofuels in marine shipping and the integrity of the supply chains that could help the use of such fuels to scale up. This effort requires the center to find financial, technical, regulatory and logistical partners. They will need to combine innovation with established safeguards that exist for good reasons. This is the sort of initiative that one could launch anywhere, but deploy in very few places.

Rotterdam could lead in marine climate tech, as perhaps could the ports of Yokohama or Kawasaki in Japan. Houston, at the heart of the US hydrocarbon complex, has climate cluster potential, with great universities as well as being a port city. So does Calgary, a big hub for Canadian oil with strong academic and capital networks.

Toulouse, France, home to Airbus, could host a cluster for decarbonizing aviation, but so too could Wichita, Kansas — an aerospace manufacturing center — or Los Angeles.

There are a number of characteristics that new climate clusters will need to have, or at least be in proximity to: •    Deep and broad capital markets, from early-stage venture to pensions and sovereign wealth funds•    Business-friendly environments, willing to facilitate manufacturing and deployment•    A constructive legal and regulatory environment for starting companies and protecting intellectual property•    Ample human capital, including with technology-specific engineering and programming skills •    World-class research capabilities in the form of universities, national labs and corporate consortia

There aren’t a lot of surprises in that list, so it’s worth adding some desirable climate-specific elements. These include: •    Favorable geology for long-term storage of carbon dioxide •    Ample land — this could be either high-value agricultural land for feedstocks or paradoxically, degraded land with little economic value outside of hosting manufacturing or energy production•    Favorable trade conditions for importing/exporting products •    Biomass, crops or other available feedstocks for making new net-zero-carbon materials •    Significant markets for selling clean power or green hydrogen

Mash these together, and I believe we will see some significant new tech/industrial climate clusters emerge.

Finally, I think that climate’s new industrial clusters will both attract talent and gently test the limits of remote work. A startup can push code from anywhere, but you cannot build a reactor vessel or liquefy carbon dioxide remotely. That expertise is physical, collaborative and iterative, and will require teams to work together for long periods of time. I hope that tomorrow’s climate clusters will embody the best of today’s virtual working practices, while integrating the vast human capital that knows how to build and deploy in physical space.