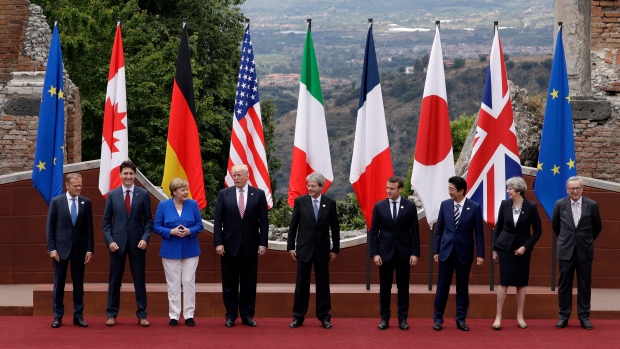 G7 leaders clashed on climate policy during their meeting in Taormina, Italy last week as U.S. President Donald Trump refused to endorse a global climate accord. He hasn’t made an official decision yet, but if the president decides to pull out of the Paris Agreement that Obama signed in 2016, it could make things difficult for Canada — although it won’t stop climate initiatives from going forward, according to a former Canadian diplomat.

“If Mr. Trump does decide to pull out, then it is going to make it more difficult for us to proceed with the carbon pricing as Mr. Trudeau and the premiers have envisaged,” said Colin Robertson, who is now a vice president and fellow at the Canadian Global Affairs Institute, in an interview with BNN Monday.

“However, there is a lot going on at the next level down between provinces and states,” he added, using California as an example of a state taking a different approach on climate than Trump with its cap-and-trade system. “The relationship California has, for example, with Quebec and Ontario on cap-and-trade – that will proceed.”

The Paris Agreement, which took effect November 4, 2016 and saw 195 parties signing the agreement  with147 ratifying, aims to keep the global average temperature below 2 degrees celsius and to limit rise in global temperatures to 1.5 degrees celsius above pre-industrial levels.

Robertson warned that the Canadian government and provinces need to be mindful of competitiveness when it comes to climate policy, but noted that many companies are already making changes with the environment in mind.

“My sense is the climate train has left the station around the world and even in the United States – particularly at the state level – there’s an awful lot going on,” Robertson said. “Companies are making decisions now in terms of the switch to natural gas from coal because it makes good economic sense.”

Over the weekend, Trump said in a tweet he would make a decision on the Paris accord sometime this week.

I will make my final decision on the Paris Accord next week!