Immigration will be an important pillar in our economic strategy: Minister of immigration, refugees and citizenship

Canada’s population growth came to a near halt in the first three months of the pandemic as travel bans and closed borders slowed immigration and kept temporary workers and students out.

In the three months ending June, Canada’s population grew by just 25,384, or 0.1 per cent, Statistics Canada reported Tuesday. That marks the second smallest one-quarter population increase in data going back to World War II. A dramatic drop in international migration was the main factor.

It’s a sharp reversal for a country that has relied on rapid population numbers to drive its economy in recent years, with immigrants fueling a robust increase in the labor force. A sharp drop in international migration could have implications for everything from the housing market to demand for services in urban centers.

“It will be important going forward to ensure that the flow of immigration can recover over the next year to make up for this lost growth,” Andrew Agopsowicz, an economist at Royal Bank of Canada, said by email.

Given the nation’s aging population, the country has been relying on higher immigration levels to grow its workforce. Canada’s immigration-led population boom was the fastest among Group of Seven countries last year.

The slowdown in the second quarter weakened the country’s annual pace of population growth to 1.1 per cent -- the lowest in 4 years. The number of people living in Canada rose by 411,854 in the 12 months through June, to 38 million. That’s about 150,000 less than the annual increase recorded in June last year.

Statistics Canada also cited “excess mortality” associated with the pandemic for contributing to the population decline. 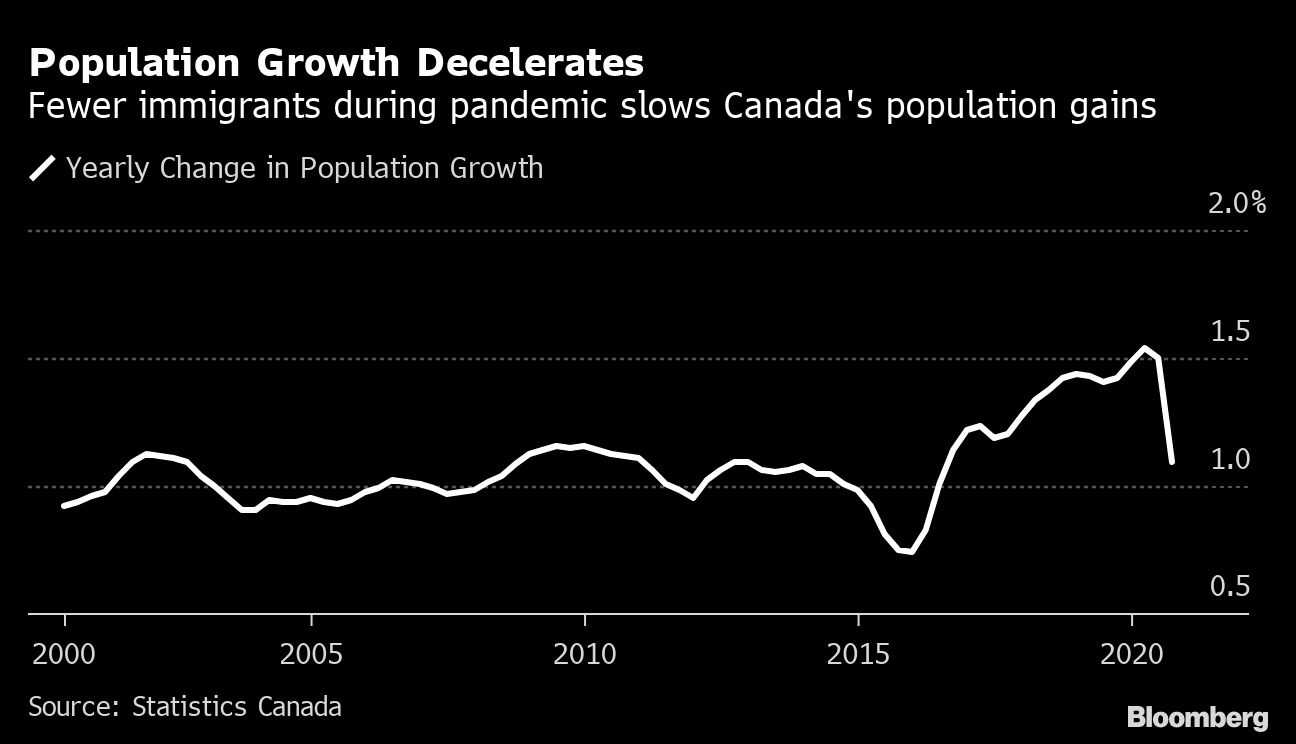