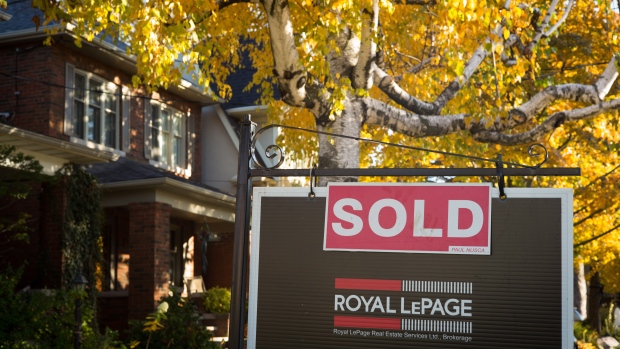 The head of Canada’s housing watchdog is warning that high household debt levels could potentially put the country's economic future in jeopardy.

Speaking at the Bank of England in London on Friday, Canada Mortgage Housing Corporation president and chief executive Evan Siddall said accommodative monetary policy is increasing risks among highly-indebted households. Still, he admitted hiking interest rates to counteract the problem is “too blunt an instrument.”

He also warned efforts to help first-time homebuyers enter the market might only inflame prices.

"While additional measures are not currently on the table, we will continue to be vigilant and monitor the housing market – and share our views as a policy advisor to government – in order to ensure the long-term stability of the market and of the financial system," Siddall said, adding the CMHC needs to “explore a potential future path to higher minimum down payments.”

Siddall also called the proposal to reallocate mortgage risks “one of the most significant changes to the Canadian regime since securitization was introduced 30 years ago.”

The federal government recently launched a public consultation on proposed changes to Canada’s mortgage system, which would require lenders to take on a portion of losses on insured loans that default.

“Critics have called the proposal ‘a solution in search of a problem,’” Siddall said.

“They don't mention that the Canadian system has not been stressed since the Great Depression. Further, they choose to ignore the strong academic support that loudly warns against the drunken brew of elevated house prices and an advanced credit cycle.”