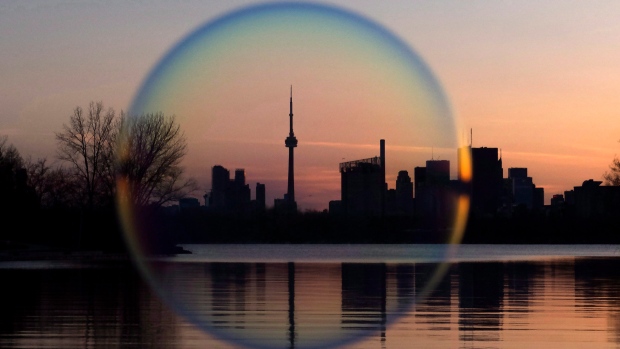 On the whole, the Canada Mortgage and Housing Corporation (CMHC) said there was strong overall evidence of problematic conditions in the country's housing market, the same threat assessment it gave in its last quarterly report in April.

The housing agency said there were moderate signs of overheating in Vancouver, up from a rating of weak in its last report, as town homes and apartments have drawn high demand from first-time buyers, driving up prices and leading to bidding wars.

Despite record construction activity, the inventory of unsold homes remains tight, CMHC said. It maintained its overall rating that Vancouver is showing strong signs of problems in the market.

Activity in Vancouver slowed in the latter part of last year after the provincial government introduced a tax on foreign buyers last August to address concerns that investment was unsustainably stoking the market. But prices in the west coast city have since rebounded.

In Toronto, where provincial authorities in April also imposed a foreign buyers tax and a number of other measures to rein in the market, prices continued to show strong evidence of being over valued.

The rise in prices cannot be explained by economic drivers alone, the report said, pointing to annual average price growth of 26.4 percent in the first quarter.

Recent data has shown Toronto home sales fell for the third month in a row in June, while the pace of average annual price gains cooled as buyers waited on the sidelines to gauge the impact of the government's measures.