Canadian National Railway Co. said Chief Executive Officer Jean-Jacques Ruest plans to retire by the end of January, handing an apparent victory to a major shareholder that had been pressuring him to step down.

The surprise announcement comes one day after TCI Fund Management Ltd., CN’s second largest holder, released a presentation on its plans for change at the railway. TCI argues that CN must “urgently” take measures to improve efficiency and profitability.

The firm, which is run by billionaire Chris Hohn, has nominated four directors to the board and pushed for Ruest to be replaced with industry veteran Jim Vena, CN’s former chief operating officer.

In a conference call Tuesday, Ruest said the board is searching for the best possible replacement for him. “They’re not on the clock. It doesn’t mean they will go slow,” he said. “I am staying until the end of January or whenever is required to do a smooth transition. At this point we are looking for quality and sometimes quality takes a little time.” 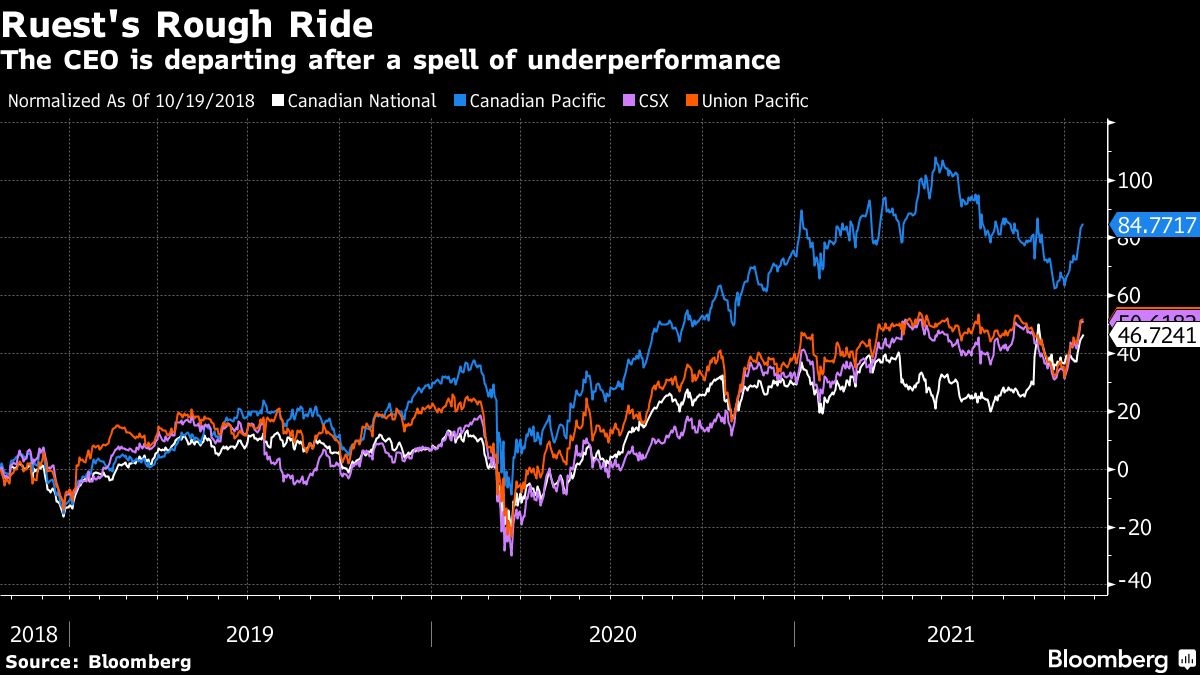 Montreal-based Canadian National said Ruest will also leave the board next year.  “I would like to thank JJ for his dedicated service to CN over 25 years and as CEO since 2018. He has provided the company and all of our stakeholders with strong and inspired leadership,” said Robert Pace, CN’s chairman, in a statement.

Pace said Ruest had deferred discussions on his retirement plans in order to see the company through the potential merger with Kansas City Southern and the introduction of its new strategic plan in September.

But it was the US$30 billion takeover offer for Kansas City Southern that ultimately led to TCI’s decision to begin a campaign to drop Ruest and change the board. The investment firm said the bid was doomed to fail and exposed Canadian National to unacceptable financial risk.

The merger collapsed when U.S. regulators blocked a key provision in the deal. Kansas City Southern has agreed to be acquired by Canadian Pacific Railway Ltd., CN’s smaller rival, in a deal that still must undergo an antitrust review.

“Dismissing the same CEO that the Board put in place just three short years ago is a good start, but it does not address the fundamental problem of a lack of leadership, failed strategic oversight, and the vacuum of operational expertise at the Board level,” TCI said in a statement about Ruest’s departure.