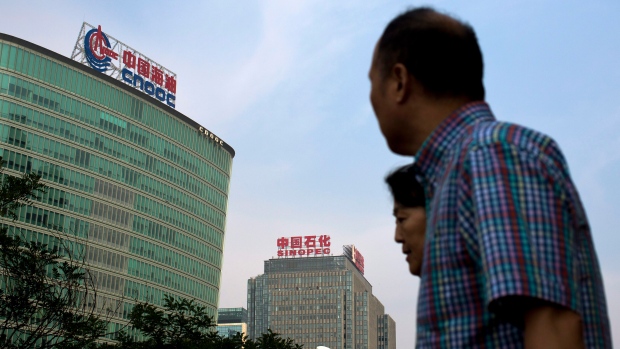 CNOOC Ltd reported a loss for the first half of 2016 on Wednesday and warned that headwinds will stymie a recovery in crude oil prices from the worst downturn in years.

The company, China's offshore oil and gas specialist, reported a net loss of 7.74 billion yuan (US$1.16 billion) in the first six months of the year, compared with a profit of 14.73 billion yuan in the same period last year, it said. This is the first half-year loss the company has reported for data on Eikon going back to 2011.

Oil and gas sales in the period plunged 28.5 per cent to 55.08 billion yuan from 77.03 billion yuan even as total net production rose 0.6 per cent over the year-ago period to 241.5 million barrels oil equivalent. CNOOC's results were also hit by an adjustment in the operating plan for its oil sands assets in Canada.

The state-owned oil company vowed to continue to cut costs amid a "complex and volatile" market and said uncertainties remain in the global and domestic macro environment while a further recovery in oil prices faces headwinds.

Global crude prices rose by a third in the first six months of the year, recovering from their lowest in more than a decade of US$27 a barrel in mid-January amid hopes that major producers would cut output, helping to erode a global surplus.

Prices are currently near US$50 per barrel, but have struggled to sustain major gains.

The state-controlled firm said its realized oil prices during the January-June period fell 34.5 per cent over a year earlier and its natural gas prices also dropped 16.2 per cent during the same period.

CNOOC's Hong Kong-listed share prices were up 19 per cent in the first half, outperforming the broader Hang Seng Index, which dropped 5 per cent during the period.