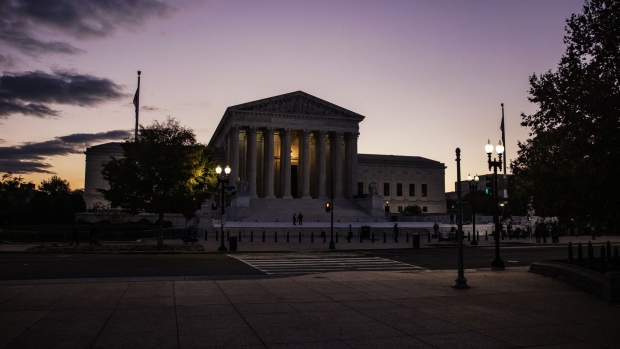 The U.S. Supreme Court at dawn in Washington, D.C. , Bloomberg

(Bloomberg) -- The U.S. Supreme Court agreed to hear an appeal from a football coach who lost his job at a public high school in Washington state after repeatedly praying alongside his players on the 50-yard line after games.

The case promises to be a flashpoint over the role of religion in public life. It gives the Supreme Court’s conservative majority a new chance to bolster individual religious rights and relax the separation of church and state.

The coach, Joseph Kennedy, says Bremerton School District violated his rights by punishing what he says was private religious expression. Under a federal appeals court ruling that rejected his lawsuit, teachers “really do shed their constitutional rights to freedom of speech and expression at the schoolhouse gate,” he argued in his appeal.

The school district says Kennedy’s prayers were anything but private. The district says after officials asked Kennedy to stop praying alongside his players, he made a series of media appearances that turned his post-game prayers into a spectacle as students and community members rushed the field to join him. The district also says some students felt coerced into taking part.

“The district thus faced a stark choice: Either let its employee dictate how school events would be run -- even if that threatened the safety and religious freedom of the students -- or take the steps necessary to curb the practice,” Bremerton argued.

The school eventually put Kennedy on paid administrative leave and then opted not to renew his contract as an assistant varsity coach at the end of the year.

In rejecting Kennedy’s First Amendment claims, the San Francisco-based 9th U.S. Circuit Court of Appeals said the Seattle-area school district would have been violating the constitutional separation of church and state had it allowed the prayers to continue.

The case is making its second trip to the nation’s highest court. The court turned away an appeal by Kennedy in 2019, though four justices said they might want to take up the case at a later stage. Writing for the group, Justice Samuel Alito called an earlier 9th Circuit ruling “troubling.”