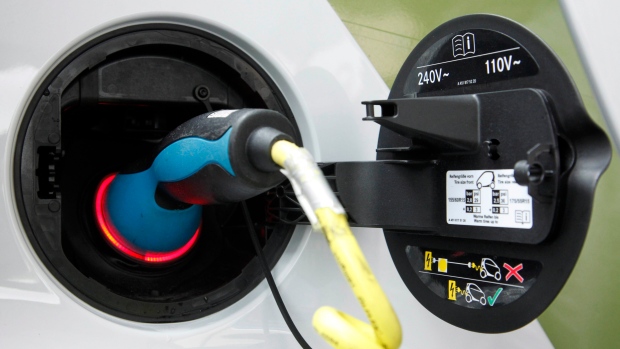 Minerals company Cobalt 27 Capital Corp (KBLT.V) made its debut on Canada's Venture Exchange on Friday, raising $200 million in a listing that offers investors exposure to cobalt, a key metal for batteries in electric cars.

Cobalt 27 owns close to 2,160 tonnes of cobalt -- worth about US$125 million, according to London Metal Exchange prices. The cobalt is stored in warehouses in Baltimore, Antwerp and Rotterdam.

Most cobalt is a byproduct of copper and nickel production by miners such as Glencore, Canada's Sherritt International (S.TO) and China Molybdenum.

"We're a pure play on cobalt and a thematic play on electric vehicles," Cobalt 27 Chief Executive Anthony Milewski told Reuters. "Our cobalt can be traced back to the producer. It hasn't been produced by child labor."

That is a reference to artisinal mining in places such as the Democratic Republic of Congo, where individuals mine independently to produce metal, often illegally and under poor health and safety conditions.

As Milewski indicated, the interest is largely down to cobalt's use in lithium-ion batteries used to power electric vehicles, which are expected to become increasingly popular as governments clamp down on polluting fossil fuels such as gasoline and diesel.

"Commodity markets in the lithium battery supply chain would be most disrupted by a rapid increase in EV (electric vehicle) penetration, in particular lithium, cobalt and graphite," UBS analysts said recently.

"But only cobalt faces the issue of limited reserves, whereas for the other materials current production capacity is the only bottleneck."

Cobalt 27's management is planning to grow the business through royalties and agreements with mining companies to buy all or part of their cobalt output at a fixed, predetermined price.

"The company has entered into six agreements to acquire royalties on eight exploration-stage properties containing cobalt, to be acquired immediately following closing of the offering," the company said in an investor presentation.

Global demand for cobalt last year totaled about 100,000 tonnes, of which roughly half was used in batteries to power electric cars, as well as products including mobile phones, laptops, digital cameras and cordless power tools.

"(Cobalt 27) needs a pipeline of secure supplies," said Frances Hudson, global thematic strategist at Standard Life Investments, referring to the company's potential for investors looking for a piece of the cobalt action.

"If the cash flows are there and they can pay a dividend, then this would be a sensible way to do it."