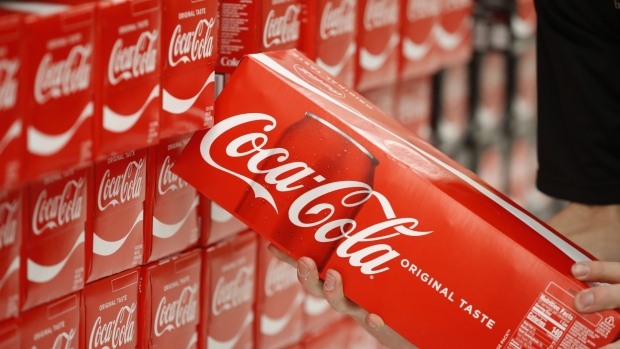 Coca-Cola Co.’s first-quarter sales exceeded Wall Street expectations as consumers returned to much of their pre-pandemic behavior, and the soft drink giant emerged from a long period of shuttered venues.

Increased demand for the company’s beverages contributed to an 18 per cent jump in organic revenue growth, excluding the impact of items like currency and acquisitions. That was nearly double the average of analyst estimates compiled by Bloomberg. The Atlanta-based maker of brands such as Sprite, Fanta, and Simply reported revenue of US$10.5 billion in a statement Monday, beating the US$9.84 billion average estimate.

It was “a good start to the year,” said John Murphy, Coca-Cola’s chief financial officer, in an interview. At the same time, “the overall environment continues to be fairly challenging” with higher costs, labor expenses and the potential for Covid surges anywhere in the world, he said.

Analysts say the company is navigating supply constraints and cost pressures better than some of its peers. Price increases helped drive the strong quarterly performance, along with recovery in the fountain business and away-from-home dining. Coca-Cola said it gained market share in nonalcoholic ready-to-drink beverages, both at home and in away-from-home settings. 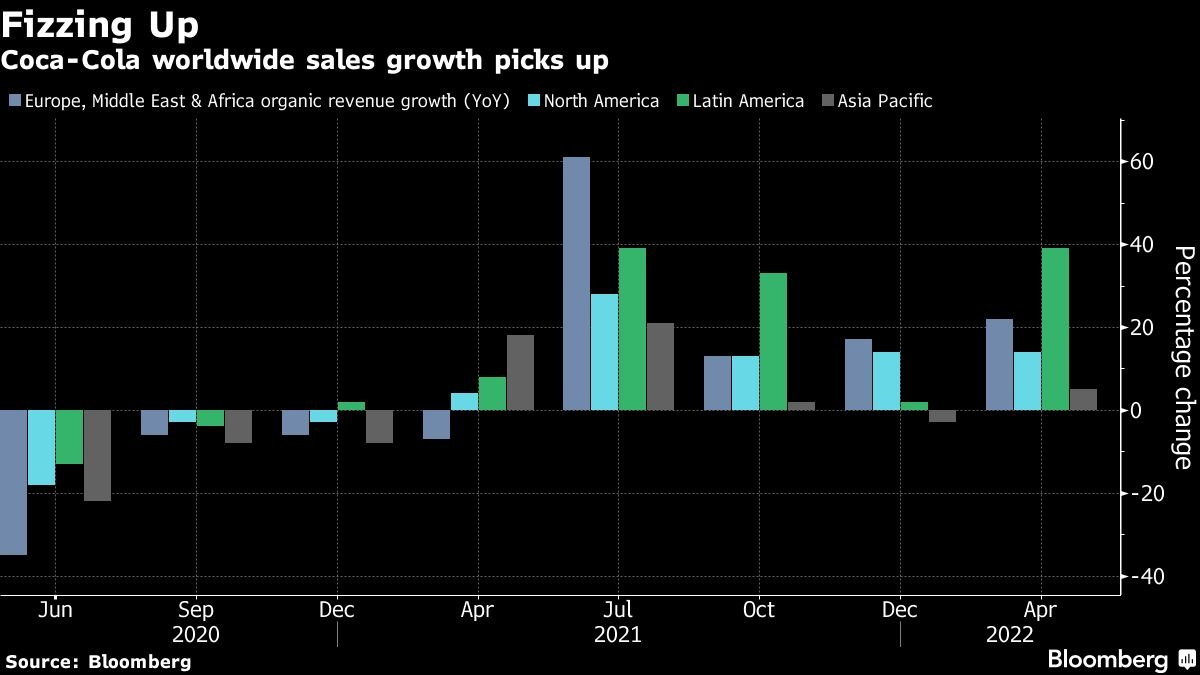 Excluding some items, profit per share in the quarter ended April 1 was 64 cents, compared with the 58-cent average estimate. That extends a string of in-line-or-better earnings for Coca-Cola dating back to 2019.

Even with the blowout quarter, Coca-Cola didn’t change its full-year organic revenue growth outlook of 7 per cent to 8 per cent. There was no change to its earnings forecast for the year, either. The company noted that its outlook now includes a 1 per cent to 2 per cent impact on revenue from its suspension of business in Russia due to the conflict in Ukraine as well as a 4-cent hit to earnings per share, excluding some items.

Callum Elliott, an analyst at Bernstein Autonomous, said the lack of a forecast boost may be chalked up to “just regular conservatism” from Coca-Cola. There could also be a case made that the forecast has “implicitly increased” since it wasn’t changed despite the exit from Russia, Elliott said in a research note.

Shares of Coca-Cola rose 2.6 per cent at 9:30 a.m. New York time. Investors have gravitated to consumer staples recently, and the stock closed at a record on April 21.

The results came a day before Coca-Cola’s annual meeting, which is being held virtually for the third year in row. Shareholder-advisory firms have recommended that investors reject the company’s executive compensation plan because of concerns about a US$12 million consulting deal for its former general counsel, Bradley Gayton.

Gayton, who abruptly stepped down last year after just eight months on the job, made headlines with a plan to have the company’s outside counsel in the U.S. meet ambitious diversity staffing requirements. Coca-Cola never implemented Gayton’s plan, which included financially punitive measures for outside law firms that did not have adequately diverse representation.

“It’s for sure a topic on the horizon,” Murphy said. “I think the votes are still coming in.”