“We’ve had continued momentum across the business, in all geographic locations,” Chief Financial Officer John Murphy said in an interview. He said the soft-drink giant’s prices across a mix of products increased by 12 per cent, but only about 5 per cent was an actual increase passed on to consumers. The remainder came from changes in the category mix of products that people purchased.

Murphy, who last week was named president of the company, said that higher prices are likely in the months ahead as Coca-Cola will continue “to think about pricing in the context of the inflationary environment.” 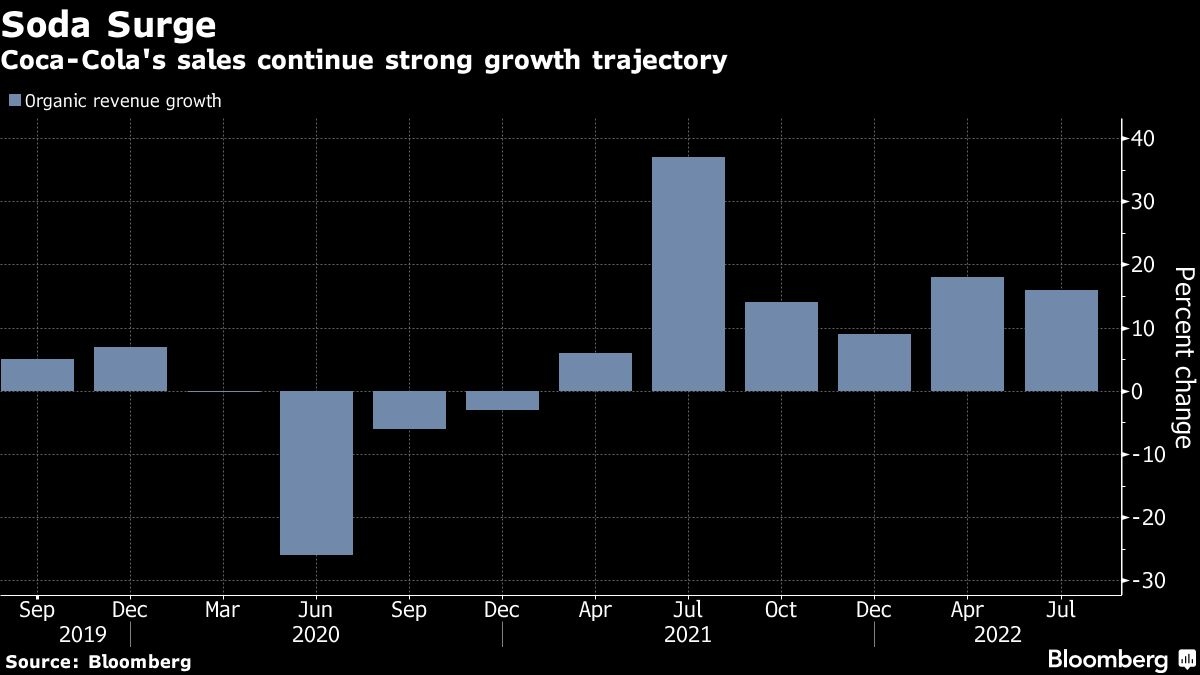 Coca-Cola on Tuesday reported a 16 per cent increase in organic revenue growth, which excludes the impact of items like currency and acquisitions. That beat the 8.2 per cent average estimate of analysts surveyed by Bloomberg. For the full year, the Atlanta-based company now sees organic revenue growth of 12 per cent to 13 per cent, up from its previous estimate of 7 per cent to 8 per cent. That’s despite an expected negative currency impact of 9 per cent.

Earnings were 70 cents a share in the second quarter, excluding some items. Analysts were looking for 67 cents, on average.

In a statement, Chief Executive Officer James Quincey attributed the results to “the actions we’ve taken to execute for growth in the face of challenges in the operating and macroeconomic environment.”

Coca-Cola said it continues to gain market share for its ready-to-drink nonalcoholic beverages. The maker of brands such as Sprite, Fanta and Minute Maid has benefited from consumers returning to much of their pre-pandemic behavior after COVID restrictions were lifted.

Coca-Cola’s chief rival, PepsiCo Inc., said two weeks ago that its prices also rose 12 per cent on average across its product mix during the second quarter, and it increased its full-year organic revenue growth forecast to 10 per cent from 8 per cent.

Shares of Coca-Cola rose 1.2 per cent in New York trading at 9:34 a.m. Through Monday, the stock had risen 5 per cent so far this year as inflation-wary investors gravitated to consumer staples in recent months.