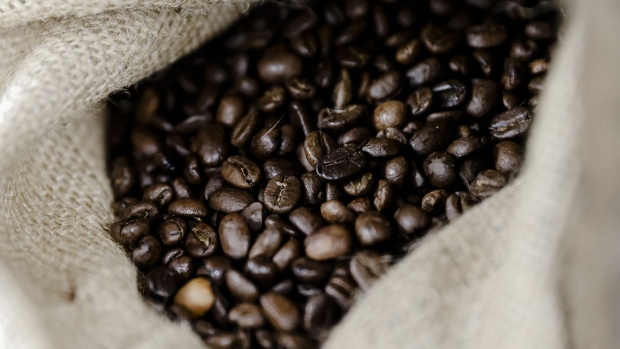 Coffee beans sit in a hessian sack inside the Carte Noire factory in Laverune, France, on Tuesday, May 16, 2017. , Bloomberg

Coffee’s breathtaking rally is sparking concerns that some farmers may default on sales made at lower prices.

Tightening supplies have helped prices recover from the lowest in more than a decade, giving some relief to many farmers who had been producing at a loss. But that has also led to worries that growers in places like Colombia may not honor sales agreed before the recent rally.

“Commercials, which includes growers and producers, were short when prices were lower,” said Toby Donovan, a trader at Group Sopex in London. “Now that prices have risen so much there is a rising likelihood of difficulty in meeting margin requirements for those who do not have abundant access to capital.”

Arabica futures have jumped 12 per cent this week alone in New York to reach a two-year high. Prices surged since mid-October as the global market shifts into a deficit, spurring money managers to turn bullish for the first time since 2017 and squeezing some traders in the process.

Arabica for March delivery gained 1.7 per cent to US$1.396 a pound in New York, heading for a fourth weekly advance. Most-active futures are up about 50 per cent since mid-October. Robusta futures for March rose 0.8 per cent to US$1,459 a ton. 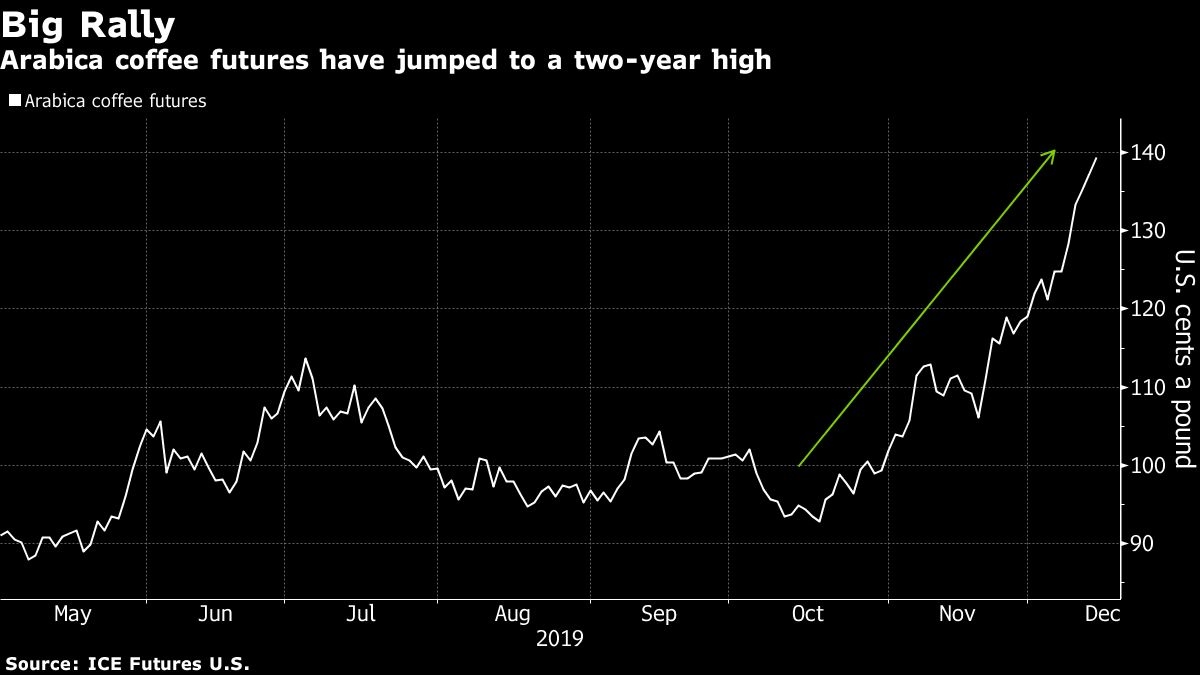 Prices have been supported this month by a recovery in Brazil’s real, which reduced the appeal of exports from the key producer. Agricultural commodities have also broadly gained by news of a partial U.S.-China trade deal.

The head of Colombia’s National Federation of Coffee Growers took to Twitter this week to urge farmers to fulfill earlier sales while continuing to take advantage of the current rally to sell beans forward.

Many growers in Colombia sold beans when the market was at about US$1.10 a pound in New York, according to a person familiar with the matter. Prices were trading at about that level in the first half of November, before they then surged.

Technical gauges are signaling that coffee has risen too fast. Arabica’s 14-day relative-strength index has reached more than 80, well above the level of 70 that suggests that the market is in overbought territory.

“This market loves a narrative, and none more so than a bullish one,” Alex Boughton, broker at Sucden Financial Ltd. in London, said in an email. “When you throw in the trade war announcement, the Brazilian real strength and the hyper technicals, it makes for a pretty funky Friday.”