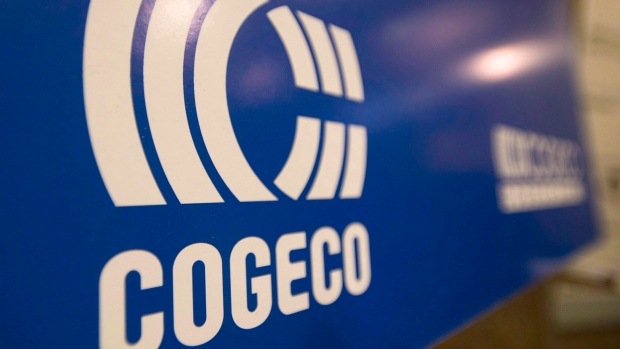 MONTREAL -- Barely six years after it gambled half a billion dollars on cloud services, Cogeco Communications Inc. has signed a deal to hand over struggling Cogeco Peer 1 Inc. to an investment firm.

The Montreal-based cable and internet company said it plans to use the proceeds to repay debt and repurchase shares, which hit a 52-week high and were up were up $6.06 or 8.1 per cent at $81.11 in early afternoon trading on the Toronto Stock Exchange.

After staking some of its hopes on Peer 1 -- which now has 16 data centres in Canada, the U.S. and the United Kingdom serving customers in more than 50 countries, mainly in North America and Western Europe -- Cogeco saw its subsidiary's revenues fall eight per cent between 2014 and 2018 to $279.7 million.

Last quarter, Peer 1's revenue dipped 3.2 per cent year over year to $67.7 million. That was after its first-quarter revenue fell 4.5 per cent in the previous year.

Cogeco had bought Peer 1's predecessor for $526 million, beefing up the size of its existing data-centre business with hopes of tapping more deeply into the lucrative small- and medium-sized business market.

Cogeco chief executive Philippe Jette, who headed Peer 1 before taking over the top spot from longtime CEO Louis Audet in September, said in a statement Wednesday that "the data centre and connectivity markets have evolved and consolidated significantly" since 2012.

"We have invested a lot of effort to turn it around. Competition is very intense," Jette said on an earnings call last month with investors.

In the quarter ended Nov. 30, Peer 1 earnings before interest, tax, depreciation and amortization fell 10 per cent year over year to about $17.8 million.

Cogeco Inc. brings in the vast majority of its revenues through retail customer cable operations. Its smaller U.S. division has been gaining subscribers over the past few years, but its Canadian business has struggled with falling customer numbers as Cogeco strives for growth in IT services.

The new deal is subject to customary closing conditions, including certain regulatory approvals, and is expected to close in the third quarter.

Cogeco Peer 1 is expected to remain based in Toronto and adopt a new brand.