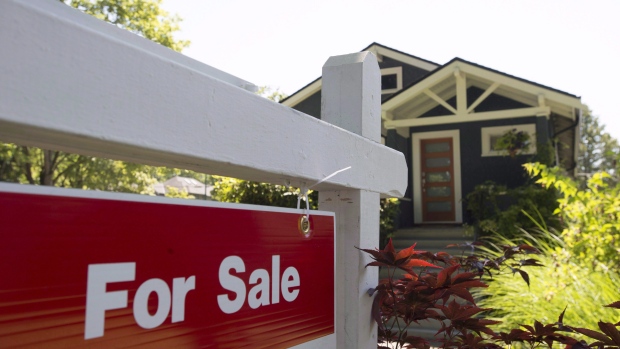 A sold sign is pictured outside a home in Vancouver , The Canadian Press

San Francisco-based short seller Marc Cohodes has been shorting Home Capital Group since 2014. He made a number of claims, and raised questions, about Home Capital in an interview with BNN this week. We gave the mortgage lender an opportunity to respond. Below, you’ll find Home Capital’s comments.

Home Capital did not confirm the existence of Operation Trillium and instead provided this comment: "We refer investors who are interested in the facts to our quarterly disclosure, which includes information on the performance of the mortgages originated by the suspended brokers, the value of loans outstanding that were originated by those brokers, and the progress of our review of those mortgages.”

Cohodes: There was $1.9 billion worth of mortgages at Home Capital that had poor underwriting standards.

When Home Capital initially disclosed it had suspended 45 brokers for failing to adequately verify incomes for loans it said the group originated $960.4 million in mortgages in 2014. Cohodes’ reference to $1.9 billion relates to the total amount of mortgages originated and outstanding by the suspended group as of June 30, 2015. That figure fell to $1.3 billion as of June 30, 2016, as some of those mortgages run off.

Home Capital did not respond to requests for comment about Qureshi’s employment status.

Cohodes: Where are the mortgages from the suspended brokers on the books? Why aren’t they broken out?

Home Capital stated in July 2016, “The Company is over 90 per cent of the way through its review of the impacted portfolio related to the suspension of 45 individual mortgage brokers last year, which will be completed by the end of 2016. The Company has not experienced any unusual credit issues with respect to the identified mortgages.”

Cohodes: Why did Joe Rosati leave?

On a May 10, 2015, conference call, Home Capital’s then-CEO Gerald Soloway made reference to the hiring of Joe Rosati. “At the end of the first quarter, the company hired Joe Rosati as vice-president of national sales. This is an added resource to our mortgage sales team. Joe’s experience includes over 15 years as director of national sales for Scotiabank, and three and a half years as executive director of IMBA, which is the Independent Mortgage Brokers Association of Ontario. We believe that with Joe’s background and contacts in the mortgage broker industry, he can help drive our sales and credit processing strategies.”

Home Capital did not respond to requests for comment about Rosati’s employment status.

Home Capital disclosed this in July 2015 when it announced the suspended brokers: “The release of this information, which has been requested by the Ontario Securities Commission, explains the nature of issues identified with certain mortgage brokers, the remedial actions taken by the Company, and the financial and operational impacts of these actions.”

Cohodes: Home Capital is being staged by OSFI.

OSFI will intervene in an institution that is under its regulation if there are deficiencies at the company. More on staging can be learned here.