'This is a watershed event’: Wedbush's Dan Ives on Coinbase Nasdaq debut

The direct listing of Coinbase Global Inc. on Nasdaq is a turning point for the whole cryptocurrency sector, according to the firm’s Chief Executive Officer Brian Armstrong.

Banks used to hang up on Coinbase’s calls and many people thought the digital-currency platform was a bad idea, Armstrong said during a discussion on the Clubhouse app after the stock’s debut. Now top executives from the banks that helped Coinbase go public are calling to ask how they can get more into crypto themselves, he said.

“It feels like a shift in legitimacy not just for Coinbase but the whole industry,” Armstrong said. “Crypto has a shot at being a major force in the financial world.”

Coinbase, which fell 14 per cent on its debut Wednesday to close at US$328.28, now has a valuation of about US$86 billion on a fully diluted basis. That compares with a 2018 funding round that valued it at around US$8 billion. The listing was widely anticipated by the wider crypto community, with many coin prices and crypto-affiliated company shares rising in advance of it, before falling back once the trading started. 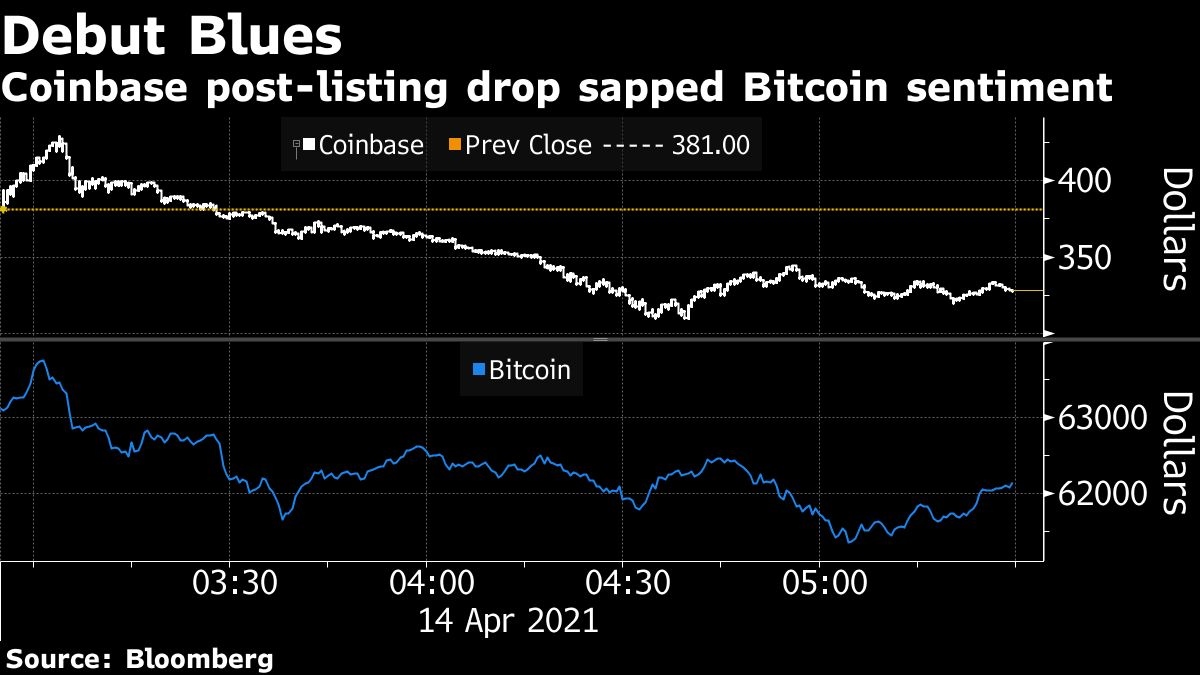 The company’s growth hasn’t been without controversies, such as restrictions Armstrong placed on employee discussions of politics last year, or frequent outages during periods of heavy trading. Some people criticize the level of fees charged by the exchange.

There was also a settlement with the Commodity Futures Trading Commission for US$6.5 million regarding claims Coinbase had reported inaccurate data about transactions and that a former employee engaged in improper trades.

More generally, skeptics maintain that crypto could be in a bubble, and may suffer due to regulatory changes around the globe. Coinbase and its backers see more strength ahead.

“There was tremendous depth and richness to what these guys were doing,” said Marc Andreessen, co-founder of investment firm Andreessen Horowitz, one of Coinbase’s biggest shareholders, in a portion of the same Clubhouse discussion talking about what made the company an appealing investment.

Andreessen said Coinbase provided a combination of “a company that’s conservative enough to be compliant from a regulatory perspective but also relentlessly innovative.”