A company logo at the Coinbase Global Inc. event in Bengaluru, India, on Thursday, April 7, 2022. Coinbase, the U.S. cryptocurrency exchange operator, plans to more than triple its number of employees in India this year to around 1,000, according to Armstrong. Photographer: Samyukta Lakshmi/Bloomberg , Bloomberg

Coinbase Global Inc. is firing about 950 employees, or 20 per cent of its workforce, as the worsening crypto slump spurs another round of layoffs at the biggest US digital-asset exchange.

Co-founder and Chief Executive Officer Brian Armstrong announced the job reductions in a blog post Tuesday, saying the steps were needed to weather the industry downturn. In June, Coinbase announced it would lay off 18 per cent of its workforce, the equivalent of roughly 1,200 employees. It eliminated another 60 positions in November. It will now shut down several projects.

“This is the first time we’ve seen a crypto cycle coincide with a broader economic downturn,” Armstrong wrote in the blog. “We also reduced headcount last year as the market started to correct, and in hindsight, we could have cut further at that time.”

The company expects to book US$149 million to US$163 million of restructuring charges, according to a statement on Tuesday. The overhaul will be “substantially complete” by the end of the second quarter, it said. As a result, adjusted EBITDA for the full year ended Dec. 31 is expected to be around negative US$500 million, within its guidance.

“Coinbase is doing another round of cut because trading volume remains very weak, especially after the FTX fallout,” said Owen Lau, analyst at Oppenheimer. While rising rate helps its interest income, the company is trying to maintain a certain loss guardrail so that it can survive through this period and emerge stronger on the other side, he said.

Crypto’s bear market is entering its second year, and the industry has suffered a series of meltdowns that hurt its outlook, most lately the bankruptcy of rival exchange FTX. With revenues falling and profits evaporating, companies across the sector have resorted to steep cost cuts in past months.

Genesis, the troubled crypto brokerage under Barry Silbert’s Digital Currency Group, also made another round of job cuts this month, cutting about 30 per cent of workforce. Crypto exchange Huobi is cutting 20 per cent of jobs, while Silvergate Capital Corp., a crypto-friendly bank, laid off 40 per cent of its staff. 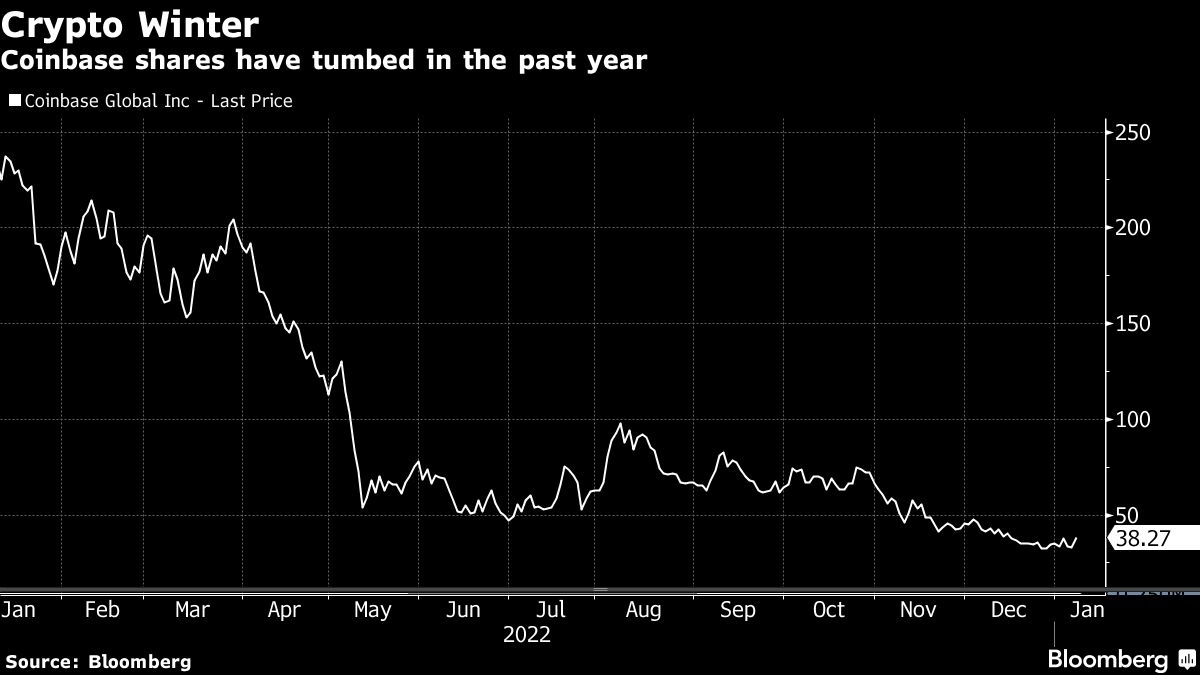 Coinbase’s shares tumbled 86 per cent last year, dropping more than the market bellwether Bitcoin, which slumped 64 per cent. The stock rose 1.4 per cent on Tuesday. The company ended the third quarter with US$5 billion in cash and cash equivalents.

“Our preliminary view is that the announcement today will help soften the impact of the challenging environment,” Kyle Voigt, an analyst at Keefe Bruyette & Woods, wrote in a note. But this “likely will not move the company into profitable territory yet.”