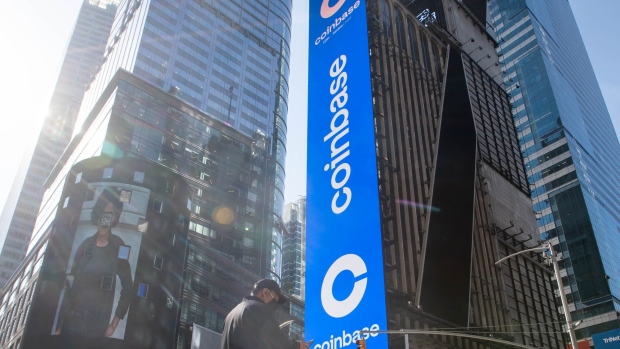 (Bloomberg) -- The US Supreme Court agreed to consider a Coinbase Global Inc. appeal over a user lawsuit in a case that could bolster the ability of companies to channel customer and employee disputes into arbitration.

The appeal raises a procedural question that the cryptocurrency exchange platform says can be crucially important in arbitration cases. The company is battling claims by Abraham Bielski, who says Coinbase should compensate him for $31,000 he lost after he gave a scammer remote access to his account.

At issue is whether the lawsuit can move forward while Coinbase presses an appeal that seeks to send the case to arbitration. Coinbase contends that trial court proceedings should automatically stop when a party files a non-frivolous appeal seeking to compel arbitration.

A federal trial judge rejected Coinbase’s bid to send the Bielski dispute to arbitration, which the company says is required under its user agreements. The 9th US Circuit Court of Appeals refused to block the trial court proceedings while it considers Coinbase’s still-pending appeal of that ruling.

As part of the appeal, Coinbase also asked the high court to stop a California lawsuit that accuses the company of holding a $1.2 million Dogecoin sweepstakes without adequately disclosing that entrants didn’t have to buy or sell the cryptocurrency.

That aspect of the appeal lost much of its practical significance when a judge halted the Dogecoin proceedings while the company appeals her refusal to order arbitration.