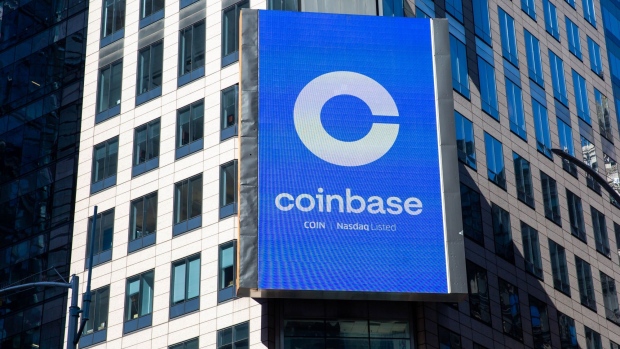 (Bloomberg) -- Coinbase Global Inc. is turning abroad to fuel growth in new users and revenue, reviving an international push after laying off more than 1,000 of its predominantly US workforce.

The San Francisco-based cryptocurrency exchange is focused on building up its presence in Europe and is in the process of registering in markets including Italy, Spain, France and the Netherlands, Nana Murugesan, Coinbase’s vice president of business development and international, said in an interview from London.

Already registered in the UK, Ireland and Germany, the company recently hired its first employee in Switzerland, he added.

“In all these markets our intention is to have retail and institutional products,” Murugesan said. “It’s almost like an existential priority for us to make sure that we are able to realize our mission by accelerating our expansion efforts.”

Murugesan said the company is open to acquisitions that will accelerate its overseas expansion, especially with valuations plunging across the sector. The current crisis has wiped about $2 trillion from the total crypto market, pushing several companies toward insolvency.

While Coinbase cut 18% of its global staff in June, those cuts were focused on the US and amounted to just 7% in the company’s primary European offices of London and Dublin. Rivals including Gemini Trust, BlockFi Inc. and Crypto.com also announced cuts this month.

Shares in Coinbase have slumped almost 20% this week after Goldman Sachs Group Inc. downgraded the firm’s stock to a sell rating, predicting that Coinbase’s revenue could drop dramatically in the second half of this year.

Coinbase previously made a concerted push overseas in 2015, also a difficult time for crypto markets. Murugesan said the goal is eventually for the company’s international segment to dominate its business.

“It should be significant -- majority probably -- of our business,” he said. “This is what our goal would be, but exactly when do we get there, all of that, there’s a lot of dependencies.”