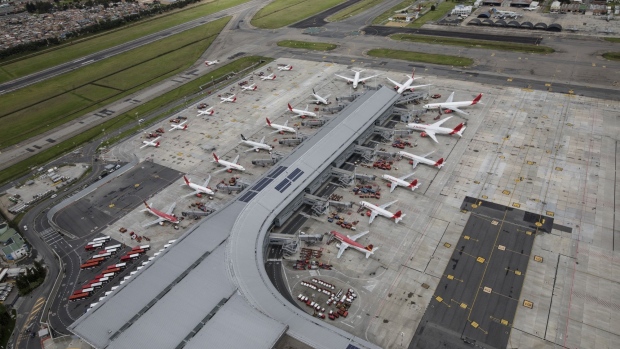 (Bloomberg) -- Colombia plans to ground international travel until at least the end of August, joining Argentina in enacting one of the world’s strictest travel bans in response to the coronavirus pandemic.

The country is sealing its borders until August 31 under a health emergency declared by the president this week, Angela Maria Orozco, Colombia’s transportation minister, said in an interview with Blu Radio Wednesday. Domestic flights will not be permitted until at least July, she said.

“We are reviewing how the pandemic evolves, and decisions will be made depending on that,” Orozco said when asked if domestic flights would be allowed in July.

President Ivan Duque on Tuesday evening extended a nationwide lockdown until the end of May and said the government would seek a gradual reopening of the economy while keeping the health emergency in place through August. The country, which has had quarantine measures in place since March, has so far limited the spread of coronavirus better than some of its Latin American peers, recording some 613 deaths as of Tuesday.

While most of the region has restricted air travel, the Colombian ban is among the toughest after Argentina, which had previously grounded flights until Sept. 1.

The decision is a setback for Avianca Holdings SA, which filed for Chapter 11 bankruptcy in the U.S. on May 10. The company, which operates out of its hub in Bogota, plans to keep flying while it reorganizes.

A spokeswoman said the company was awaiting the official government decree for details on the restrictions.