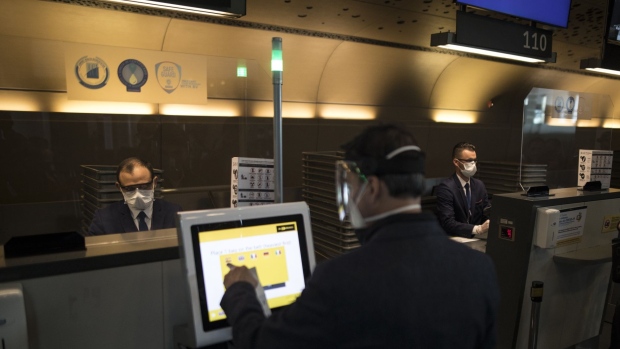 (Bloomberg) -- Colombia plans to start the bidding process for the construction and modernization of three airports in the fourth quarter as part of a larger $13 billion infrastructure plan.

The expansion of the capacity of the airport that serves Cali, the nation’s third-largest city, as well as those of Buenaventura and Neiva, in western Colombia, have an estimated cost of 3 trillion pesos ($786 million), Transport Minister Angela Maria Orozco said at an infrastructure event.

The Andean nation is planning a pipeline of infrastructure projects, including highways, airports, waterways and railroads, known as 5G. President Ivan Duque’s administration expects to award around half of them before its term ends in Aug. 2022, said Orozco.

“This has been an ongoing titanic effort, with many actors,” Orozco said. “Colombia has shown that if we come together, we can bring these projects to fruition.”

Colombia already awarded one of the 5G highway projects, which seeks to improve the connection in the western part of the country and two more to improve access to Bogota, will likely also be open for bidding before the end of the year, she said.

The country ranks 104 out of 141 countries in quality of road infrastructure according to the World Economic Forum’s Global Competitiveness 2019 report.