The company targeted in the biggest pipeline hack in history began searching for a cyber-security manager two months ago.

Colonial Pipeline sought someone with a master’s degree in computer science to develop and maintain “an incident response plan and processes to address potential threats,” according to the company’s website. The ad also was posted on LinkedIn and job-seeking sites. 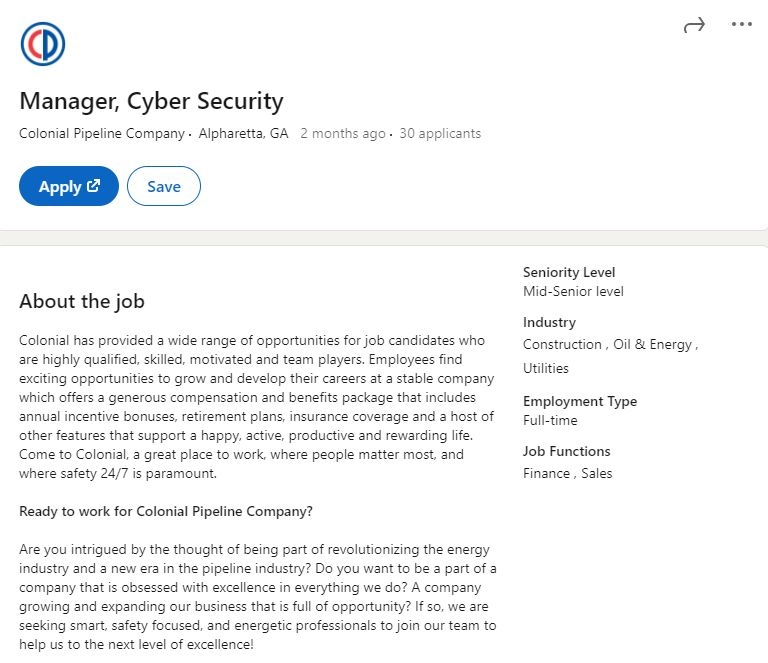 A criminal hack paralyzed North America’s biggest fuel pipeline late last week, choking off almost half of the gasoline and diesel burned on the U.S. East Coast. Gas stations across several states have run dry amid panic buying and soaring retail prices. Nationwide, the average retail price topped US$3 a gallon for the first time in more than six years.

“The cybersecurity position was not created as a result of the recent ransomware attack,” the company said in an email. “We have several positions open as part of our longer-term growth strategy around talent, as we are constantly recruiting top-tier talent across all functional areas of our business.”