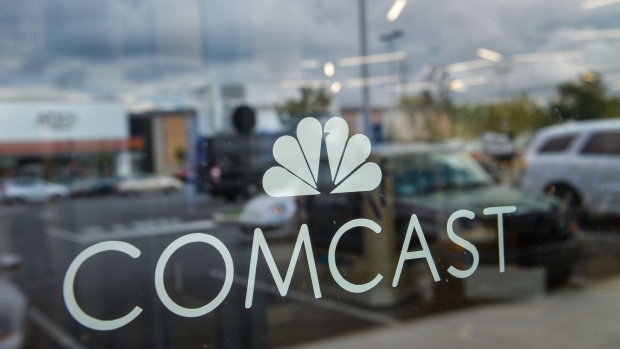 Signage is displayed in the window of a Comcast Corp. Xfinity store in King Of Prussia, Pennsylvania, U.S., on Tuesday, July 25, 2017. Comcast Corp. is scheduled to release earning figures on July 27. Photographer: Charles Mostoller/Bloomberg , Bloomberg

The company expects to sign up about 1.3 million new high-speed internet customers in 2021, Dave Watson, the head of Comcast’s cable division, said Tuesday at an investor conference. Analysts had expected Comcast to add 1.4 million subscribers this year, the average of 11 estimates compiled by Bloomberg.

Cable investors are sensitive to any signs that broadband subscriber growth -- the industry’s main focus -- is slowing. Comcast has partly blamed a slower new home market for the slowdown. The company finished the third quarter with 31.7 million internet subscribers, the most among U.S. providers.

“The overall opportunity is still intact, but cable will be forced to play defense as telecoms get more aggressive on their fiber rollouts,” Geetha Ranganathan, a Bloomberg Intelligence analyst, said in a note.

She projects Comcast will add about 185,000 broadband customers this quarter, the least since mid-2017.