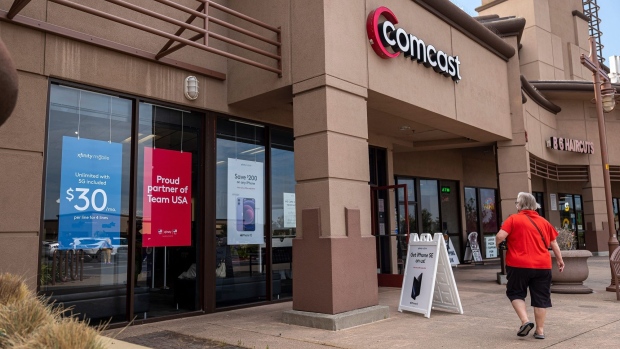 The company has seen a slowdown in new broadband customers across its footprint, executive Dave Watson said on a conference call with analysts. He cited, among other things, fewer people moving homes, which means fewer opportunities for Comcast to win new subscribers. There’s also less growth among lower-income customers.

The company’s shares fluctuated during the morning -- rising immediately after the earnings report, then falling as much as 5% after the broadband comments on the call. The stock was up less than 1% to $52.51 at 10:07 a.m. in New York.

Comcast still expects broadband growth for 2021 to be around the same as 2019. The company added 300,000 broadband internet customers during the quarter, in line with analysts’ forecasts of 301,000. Earnings rose to 87 cents a share, excluding some items,  beating the 75-cent average of analysts’ estimates.