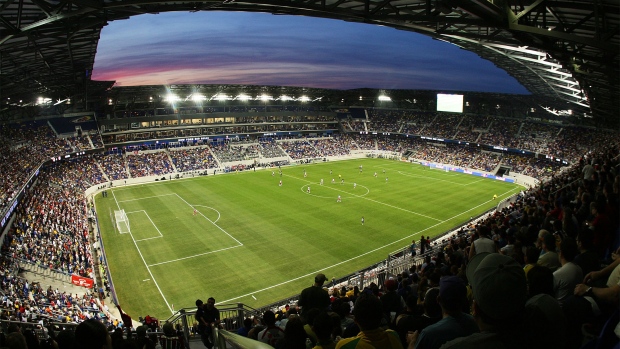 Major League Soccer is lifting its marketing restrictions on liquor and sports betting, a move that could lead to “Jack Daniel’s Field” or a DraftKings logo on a uniform.

The MLS Board of Governors voted earlier this month to change its long-standing restrictions on clubs partnering with companies that operate sportsbooks or sell spirits. The league expects the new categories to help drive both fan engagement -- and revenue.

“Internationally, sports betting in soccer has been embraced in the fabric of the game for so many years,” said Carter Ladd, the league’s senior vice president of business development. “Expanding these right gives us the unique ability to build on the ubiquity of gambling in soccer and use it to our advantage.”

Thanks to pre-existing rules that allow clubs to sell ad space on their uniforms, MLS becomes the first major U.S. league to allow sports betting or liquor logos on their jerseys. Starting next year, teams will also be able to sell a second ad on their right jersey sleeve, meaning there’s jersey inventory available across the league.

This is commonplace in soccer leagues around the world, including the English Premier League, where eight of 20 teams last season had gambling uniform partners. The National Basketball Association, the only other major U.S. league that allows ads on its jerseys, prevents teams from selling that space to brands in either industry.

More broadly, U.S. leagues are softening their approach to two areas once off-limits for pro sports. Since the Supreme Court struck down a federal ban on sports gambling last year, leagues have embraced legal operators. Liquor restrictions have also loosened over time, putting them more in line with leagues’ stance on wine and beer.

The NBA, for example, allows teams to partner with both liquor companies and gambling companies -- just not for the jersey patch. As of last year, National Football League teams are allowed to partner with casinos that have sportsbooks, but the sportsbook can’t be referenced in their marketing. The league also recently changed its commercial guidelines to let beer companies use NFL athletes in their ads.

Under the new guidelines, MLS teams can offer sports gambling companies advertising space within their stadiums, plus branding on the jerseys and live broadcasts. Subject to state laws, they can also partner with operators to offer sports betting at their stadiums, and participate in what’s called “call-to-action” marketing, encouraging fans of legal age to bet on games.

Under new liquor allowances, spirits companies will be allowed to put their names on league stadiums and use MLS players over 21 in their advertising. Like sports-betting operators, they can also advertise on the jersey, though those ads won’t be available on youth uniforms or the uniforms worn by academy teams.

“Consumer consumption is moving away from beer and wine and moving into spirits, and you can see how those consumption patterns are shifting the amount of dollars that the spirits industry is spending in advertising,” Ladd said. “We felt like now was a good time to bolster what we’re doing in the space.”