Loonie surge is in line with the current strength in real assets: Purpose Financial CEO

The broad rally in raw materials that’s lifted prices for crops, energy and metals is a bonanza for Canada’s economy and a major challenge for the nation’s policy makers, who are under pressure to ensure that everybody benefits.

Should the commodities boom hold, it would represent a windfall for the resource-rich nation endowed with oil, natural gas and vast lands to mine and farm. Export receipts are already at near a record and poised to go higher. The value of lumber shipments alone nearly doubled in the first quarter. 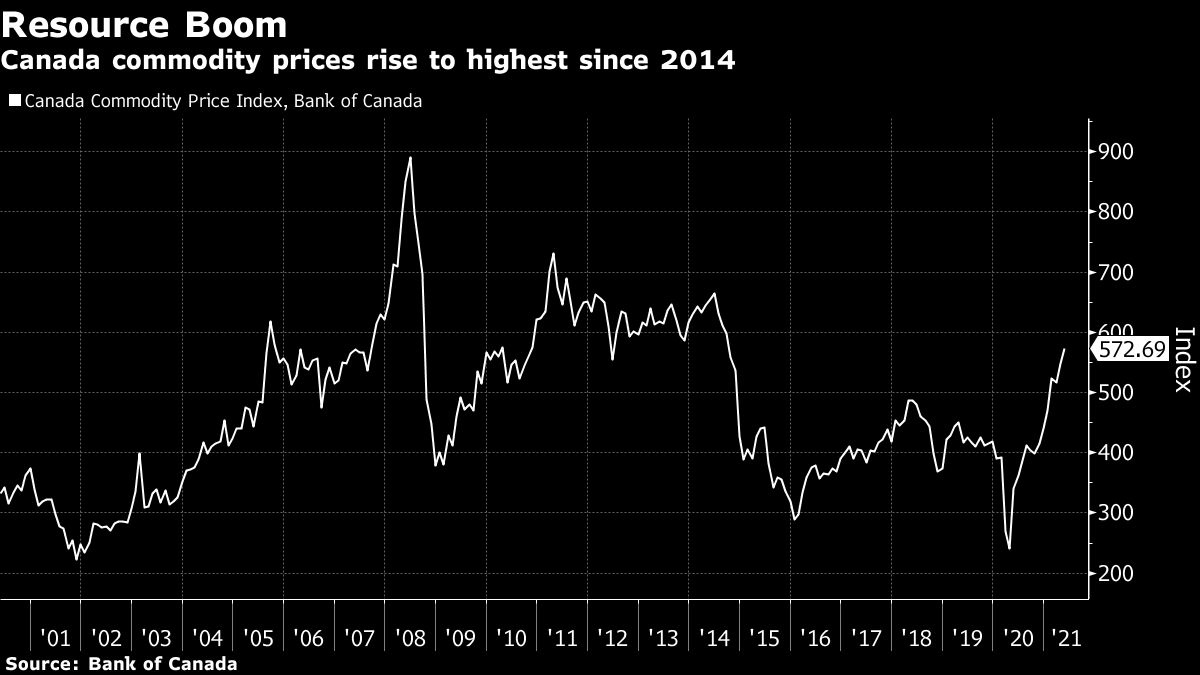 But Canada’s economy is already brimming with stimulus and may hit full capacity as early as this year, according to some economists. Elevated commodity prices are driving up the currency and longer-term rates, potentially crowding out other key sectors that may struggle to compete under a stronger Canadian dollar. The loonie is the best-performing major currency this year and is near a six-year high. Five-year bond yields are the highest in the Group of 10.

That means policy makers could face pressure to slow development, curb capital inflows and stem foreign exchange gains, as is usually the case in Canada when commodities boom.

While this sort of pressure has been brushed off in the past, it will be more difficult to ignore today amid what appears to be a shift in macroeconomic policy.

In their pandemic-recovery plans, global policy makers are emphasizing not only growth and income but also how the fruits of the recovery are distributed and whether some people are being left behind. Bank of Canada Governor Tiff Macklem frequently uses the terms “complete recovery” and “shared recovery.” In practice, that means trying to run the economy as hot as possible without fueling inflation too much.

The issue becomes more acute if a commodity boom heats up the economy but exacerbates disparities. A jump in resource prices in Canada creates sharp regional differences in who benefits and who loses.

For example, soaring prices for lumber, grain and oil are great for western Canada, the country’s breadbasket and the source of more than 90 per cent of its crude production. The higher costs, rates and currency that come with it are harder on the manufacturing sector, based in Ontario, and on cities.

One out of every two jobs still not replaced from the pandemic are in Toronto, Montreal or Vancouver. Low-wage workers, women and youth have been hit hardest. Yet, these regions and groups probably won’t benefit directly from any strong resource-driven recovery.

For Prime Minister Justin Trudeau’s government, the challenge is profound.

Resource production is energy-intensive, which may hinder the government’s ability to meet its ambitious climate change targets by 2030. There are political considerations for Trudeau, who has thin support in the rural and western parts of Canada where resources drive the economy. The recent emphasis on securing manufacturing supply chains and promoting domestic industry will only heighten sensitivity to the long-term costs of losing industrial capacity because of a higher currency. 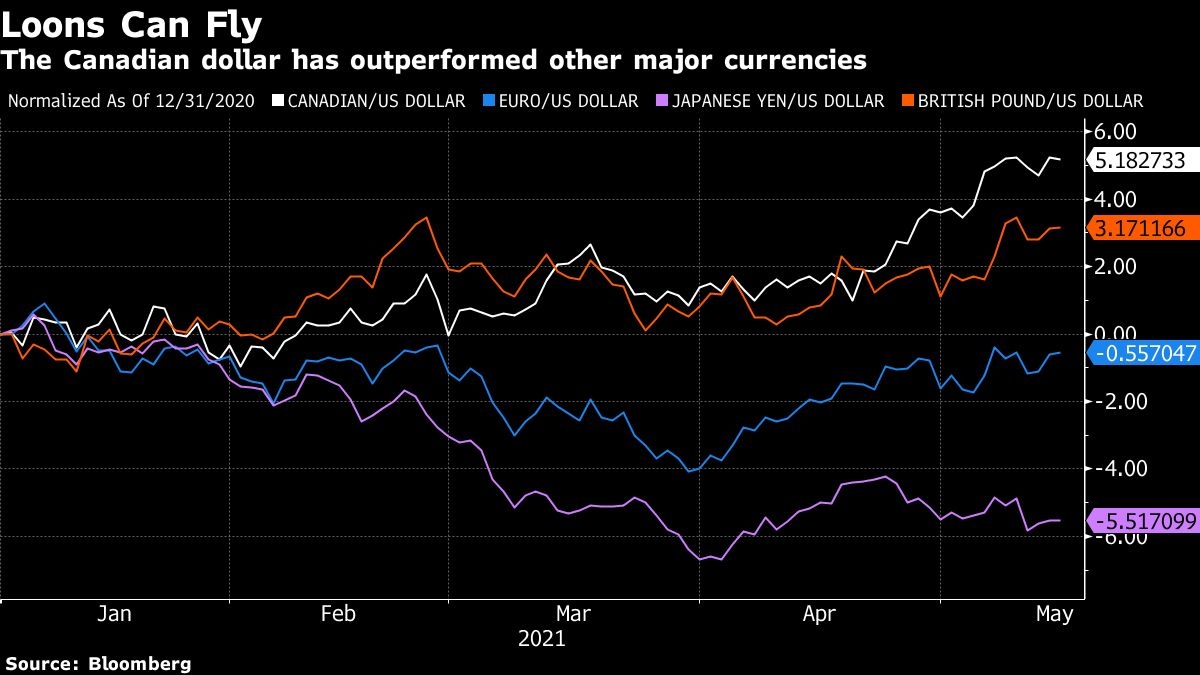 A rally in oil prices helped Canada emerge from the global financial crisis more than a decade ago, according to Lisa Raitt, Canada’s natural resource minister at the time. Raitt expects policy policy makers to try to ensure that the economic effects of resource extraction will be more broad-based.

“There is a much more smarter approach that governments are going to be taking from a policy point of view, ensuring that the manufacturing part goes with the mining part,” Raitt said in a phone interview.

Canada has reserves of lithium and other metals needed in batteries for electric vehicles, for example, and Trudeau’s government and its provincial counterpart in Ontario have offered large subsidies to automakers including Ford Motor Co. to bring EV production to their Canadian plants.

Of course, the commodity boom could prove to be short-lived. Up to now, the issue has been under the federal government’s radar. In her first budget speech last month, Finance Minister Chrystia Freeland made little mention of the sector despite the rally in resource prices -- an indication that perhaps they don’t see it as a lasting trend. That’s consistent with expectations of many economic policy makers across the world -- including at the Bank of Canada -- who see an inflation spike and any prolonged surge in demand for commodities as largely temporary.

“I don’t think of it as a true commodity supercycle,” Stephen Poloz, Macklem’s predecessor as Bank of Canada governor, said in an interview, referring to economic cycles in which prices remain well above long-term trends for years. “I’m not predicting the roaring ’20s here -- rather a good, solid resumption, and if it’s well managed it will be long lasting.”

But even if there’s no supercycle, the run-up will produce ongoing windfalls for the Canadian economy as long as prices don’t decline. As a share of total exports, shipments of basic materials and commodities are at the highest levels since 2014, before the collapse of global oil prices.

“That can only be a good thing for Canada,” Poloz said.