The world of commodity traders has long been a secretive one. The merchants who buy and sell the world’s resources have a massive global reach but are mostly privately owned and tend to operate away from public and regulatory view.

Suddenly, it seems that everyone is talking -- and worrying -- about them.

The International Monetary Fund last week noted investors’ concern about traders’ access to credit and said it’s time for regulators to look more closely at commodity markets. The Dallas Federal Reserve recommended the companies take action to increase liquidity. And the Financial Stability Board flagged commodity-market strains -- including the huge margin calls that pressured traders in recent weeks -- as an issue that needs particular attention.

Spiking prices after Russia’s invasion of Ukraine meant a dramatic increase in funding requirements for the companies that move oil, metals and crops around the world. Traders use banks to finance their shipments and as counterparties to derivative hedging positions. There’s now mounting concern that further shocks in commodity markets could shake the wider financial system.

“Much in a way that 2008 shone a spotlight on a whole bunch of institutions nobody had paid much attention to, these unique circumstances that we’re in now have shifted focus onto a new section of financial markets,” said Steven Kelly, a research associate at the Yale Program on Financial Stability.

With the spotlight on commodity trading set to keep getting brighter, here’s a rundown of what to watch and why:

The commodity trading industry is dominated by a group of mostly private companies. Glencore Plc -- one of few that is publicly listed -- is the largest trader and also a big miner. Vitol Group is the top independent oil merchant and Trafigura Group leads the group in copper.

Producers, like miners and drillers, also trade physical commodities to varying degrees, and -- like the trading houses -- use derivative positions to hedge against the risk of changing prices. 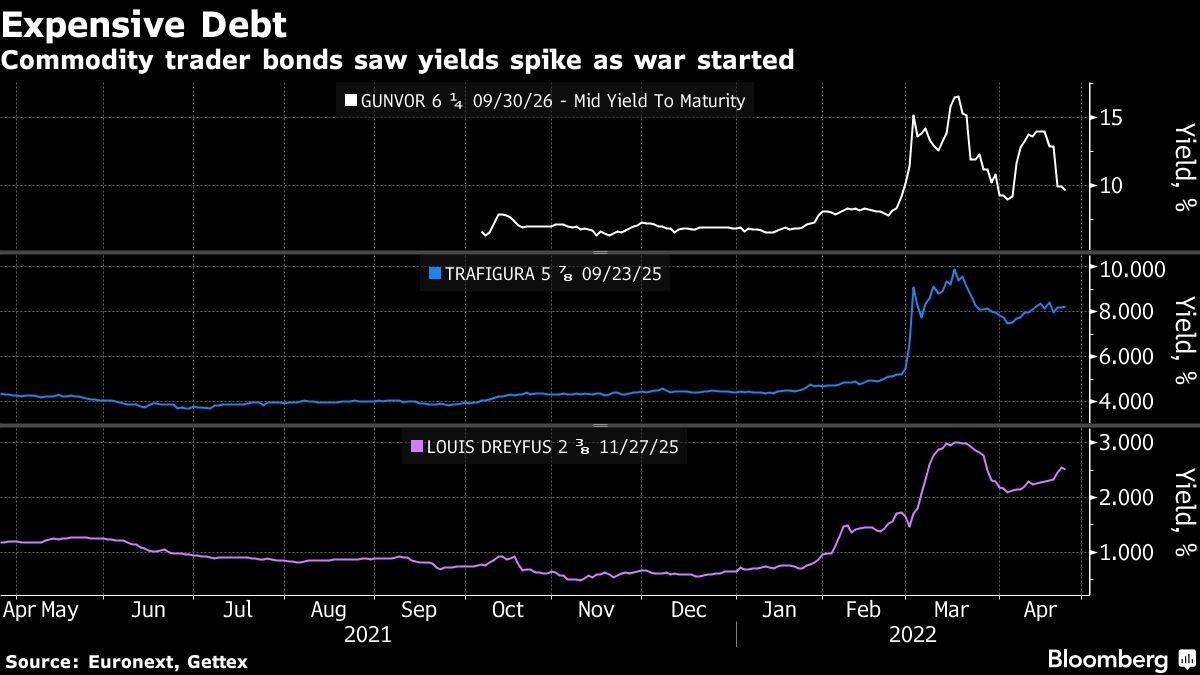 The surge in commodity prices in the aftermath of Russia’s invasion piled pressure on traders, and several quickly moved to arrange new or expanded credit lines from banks. Traders had already been reeling from volatility in the wake of the pandemic -- for example, ICE Clear Europe saw a margin breach of just over US$1 billion in the final quarter of 2021

Since the invasion, a group of European energy traders asked the European Central Bank for emergency funding but got turned down.

2. WHY’S EVERYONE SO WORRIED?

Strains on the traders themselves are important: they play a vital role in keeping the gears of the real economy turning as well as providing market liquidity.

But the industry’s reliance on bank credit for its massive financing needs also means that any threat of default could ripple quickly through the world’s financial system.

Another growing area of focus is the over-the-counter market in commodity derivatives. Regulators and exchanges have limited -- if any -- visibility of positions that are negotiated bilaterally, and the threat of sudden and massive margin calls is driving a greater share of deals off centrally cleared exchanges and into the OTC market. 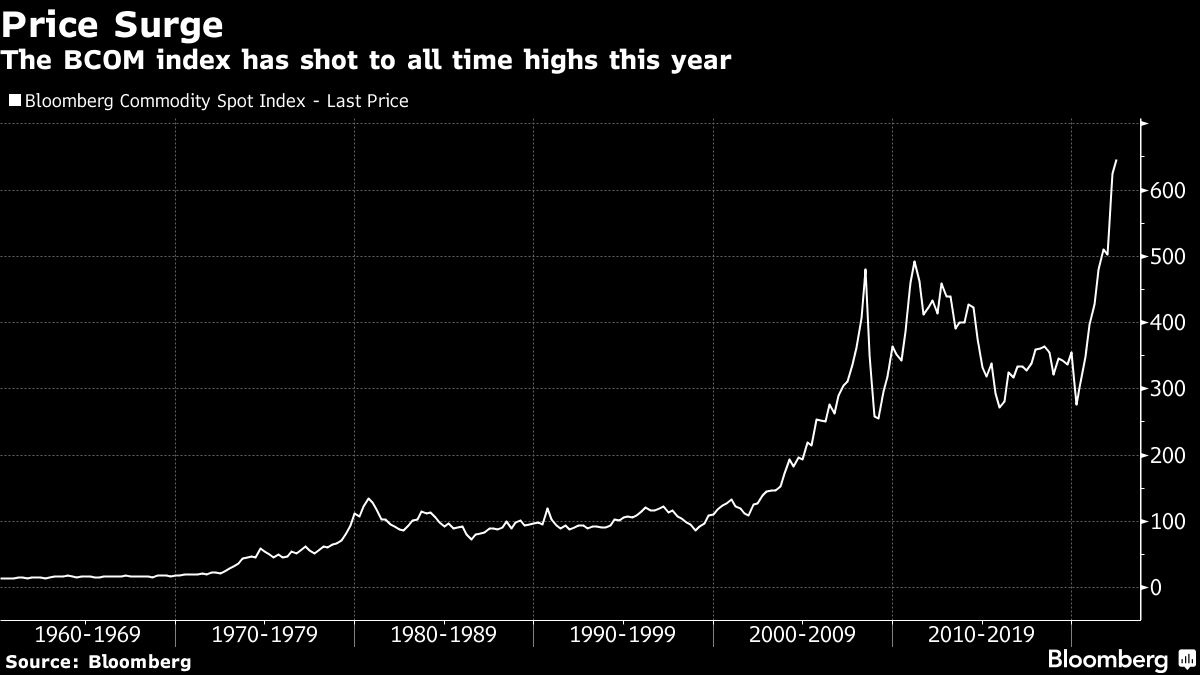 There’s been an avalanche of reports, letters and official comments in the past few weeks that reflect a mounting focus on risks around commodities markets and traders.

The ECB recently asked banks under its supervision for more information about their commodities exposure. The FSB, which coordinates work between financial authorities on the global level, said an assessment of potential vulnerabilities to financial stability will have a particular focus on commodity markets, margining and leverage. In the U.K., regulators have said they will review the London Metal Exchange after last month’s nickel-market chaos.

Banks themselves may also be growing wary. JPMorgan Chase & Co. -- one of the largest players in global commodity markets -- is reviewing its business with some commodity clients after the nickel short squeeze, Bloomberg reported earlier this month.

The big question is whether the commodities trading industry is prepared for future price shocks, particularly if regulators are focusing on the extent and concentration of bank exposure to the industry. In refusing to provide backup funding, the ECB suggested the traders could try to seek emergency liquidity from national central banks.

The challenge for traders is that any government support is likely to come with strings attached, said Manish Marwaha, commodities and industrials partner at consultancy Roland Berger.

“Traders are going to have a hard choice: they need money but if they get that from governments or central banks they’ll have to deal with a spotlight shining on their operations,” he said. “They’ll have to open up their books and be up for sharing more details of what they’re trading, which is quite contrary to how they normally operate.”

Looking ahead, the increased scrutiny is raising expectations for greater regulation. It’s an “opportune time” for regulators to look more closely at the commodity markets, Ranjit Singh, the IMF’s assistant director of the monetary and capital markets department, said at a briefing last week.