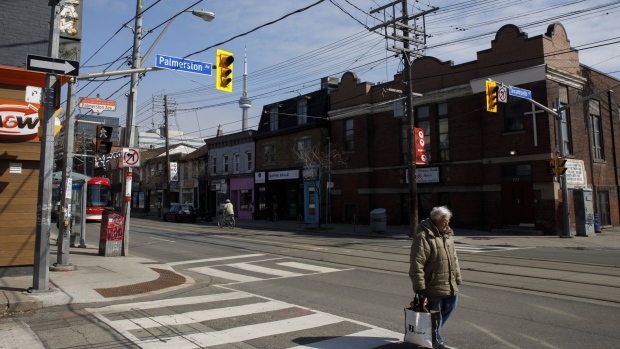 TORONTO -- Olivier Benchaya knew from early in the COVID-19 shutdown that Canada's business community was headed for significant upheaval, but even weeks later, the restructuring and insolvency partner at Richter is still trying to grasp the severity of what's ahead for the country's most troubled companies.

"We're getting clear indications there's going to be ramifications more significant than just going back to business as usual," explained Benchaya, a member of the independent business advisory firm's team in Montreal.

Nothing has quite prepared him or his peers for what could be around the corner once companies succumb to mounting debts and begin to file for protection under the Companies' Creditors Arrangement Act, most commonly called CCAA.

Benchaya has worked in the restructuring business for more than 15 years, and even the painful economic downturn that played out in 2008-09 doesn't match the global fallout that's taken hold since March.

"Even restructuring professionals who are used to navigating this world were stunned that the economy completely halted," he said.

"Everybody was sort of at a standstill. The banks weren't taking action, courts were closed... (business owners) were just waiting, trying to navigate through this and avoid a formal restructuring."

The shutdown has delayed the inevitable for many companies whose debt and rent obligations are piling up, he said. He predicts some will see the real financial impact after they reopen for business and revenues begin to fall short.

Over the coming months, larger corporations on the brink of collapse, who owe their creditors more than $5 million, will be filing for protection under the CCAA in hopes of turning around their business under the guidance of the courts. Other companies, with smaller debts below the $5-million threshold can tap into the Bankruptcy and Insolvency Act for similar measures.

Less certain is exactly how many businesses will fall, and how fast, once the federal government closes the tap of financial support.

A report from the Bank of Canada, released on Thursday, highlighted concerns that a sharp drop in revenues caused by COVID-19 will make it difficult for many businesses to meet fixed payments, including debt payments. The problem will only be intensified for highly indebted businesses.

"There's going to be a calm before the storm," suggested Mohammad Rahaman, associate professor of finance at the Sobey School of Business, part of Saint Mary's University in Halifax.

Earlier this week, Prime Minister Justin Trudeau offered bridge financing to companies with at least $300 million in revenues. The goal is to keep their businesses open, employees working and hopefully avoid bankruptcies of otherwise viable firms.

However, companies that faced insolvency before the crisis will not qualify under the new rules.

Even before COVID-19, the number of corporate insolvencies was on the rise in Canada. The mining, oil & gas sector saw a 75 per cent increase in the number of filings in 2019 compared with the year before, according to the Canadian Association of Insolvency and Restructuring Professionals. Among the other sectors seeing double-digit increases were wholesale trade and manufacturing.

More recently, the cannabis sector took a significant hit, with six companies filing for creditor protection in the first quarter of this year, leading business law firm McMillan to predict "significant consolidation" among the cannabis labels by the end of 2020, as the virus "places further stress" on an industry already in the midst of consolidation.

Other unstable industries under threat, say industry observers, include the battered retail sector where some traditional bricks-and-mortar brands were too slow to accommodate demands for online sales, even before COVID-19.

Richard Leblanc, a professor of governance law and ethics at York University, predicts businesses that were already drifting towards the brink of CCAA or bankruptcy filings before the virus will reach the crest even faster over the coming months.

"The companies that will go over the edge first are the (ones) that had cash flow problems before," he said.

"COVID will be the straw that broke the camel's back. They don't have cash reserves. They haven't saved for a rainy day. Their revenue model might be flawed."

In early May, a number of prominent retailers were pushed to CCAA filings they blamed on the fallout of COVID-19, including Montreal-based footwear retailer Aldo Group Inc. and Toronto-headquartered camera store chain Henry's.

Other businesses have already blamed COVID-19 for their decision to wind up operations.

Global fleet manager Splend, which leases vehicles to Uber drivers, declared bankruptcy for its Canadian operations after it faced a steep downturn in business due to physical distancing -- which it said eroded on-demand passenger travel in Toronto to less than 20 per cent of its normal levels.

"As a result of this drastic reduction of demand in Ontario, many of our members struggled to make their weekly rental payments and opted to return vehicles under the terms of their contracts," the company said in a statement provided to The Canadian Press.

"With the return of vehicles, the corresponding loss of revenue, and refusal of our financiers to modify the terms of our existing loans, we found that the business model in Canada was simply not sustainable."

While federal government support has become a temporary measure for many operations, Rahaman suggested it's up to Canadian banks to "step up to the plate" with better lending measures.

"They can do way more to help businesses," he said.

"Banks  -- particularly the big banks -- need to identify 'good credit' companies, and they need to help them weather the crisis... I'd go as far as calling for payment holidays, and perhaps some loan forgiveness, to help good credit-risk companies to weather this economic storm."

Those measures could slow -- or perhaps even mitigate -- the number of companies filing for CCAA in the months ahead, which could lessen the burden that's expected to weigh on Canada's court system. Exhausting the courts would lead to a significant backlog, which could exacerbate the problem by leaving many creditors in the lurch as their own businesses falter due to unpaid bills.

"Is the current court system equipped to handle such a large volume?" said Dushyant Vyas, associate professor of accounting at University of Toronto Mississauga.

"In the eventuality that the crisis is significantly more pronounced than what we've seen so far, and the court system isn't fully equipped in terms of capacity to handle such a large scale of defaults and restructuring requests, what sort of action would the government take to facilitate an orderly restructuring across the economy?"

At Richter, those bigger questions are less the focus than getting the restructuring and insolvency team prepared for what lies ahead. Benchaya said the group is hiring more experts in the area to ensure they're staffed to accommodate clients.

"We're preparing ourselves for this uptick," he said.

"It'll depend on how much that volume picks up in the coming weeks and months."