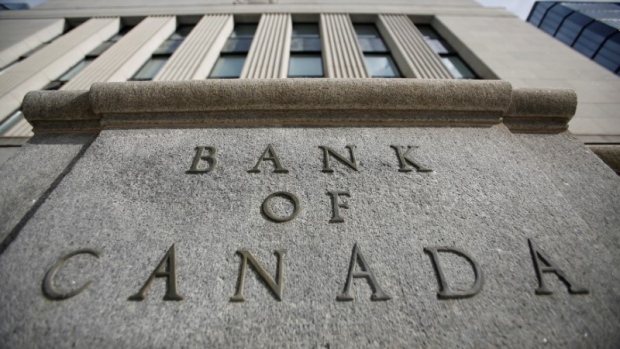 OTTAWA — Canadian companies are more upbeat about the future than they were three months ago with firms planning to boost investment and to hire more workers, according to the Bank of Canada's latest business outlook survey.

With a little more than a week before the Bank of Canada's next interest rate announcement, the results Monday further solidified forecasters' expectations that governor Stephen Poloz will raise the trend-setting interest rate for a third time since last summer.

“The Bank of Canada has the green light now,” Tal told BNN in an interview on Monday. “They are going to raise interest rates this month.”

“We’ve got a very strong labour market. We basically create 100,000 jobs over the course of breakfast on the one hand. Then we had the October GDP number [which was] not great. So, you needed something else, and that something else is this survey.”

The poll results showed firms had begun to focus more on hiring and investment to address capacity pressures that had intensified over the past year — mostly due to labour shortages. They expected this pressure to persist for the next 12 months, the survey said.

Overall, the results, which are closely examined by the central bank, found that business sentiment in the country had almost climbed back up to its summertime high.

Manulife Asset Management senior economist Frances Donald said the outlook survey is one of the few forward-looking indicators available in Canada and she believes that more results like the report Monday would put the central bank on an even more aggressive rate-hiking path.

"If businesses continue to indicate, like they did today, that they want to hire more and spend more that's only going to encourage the Bank of Canada to want to cool the economy before it becomes overheated," she said.

The indicator reflecting firms' plans to increase investment spending perked back up, close to a post-recession high, and became more broadly based across sectors and regions.

Hiring intentions have also increased since the fall, particularly in the service sectors, as labour shortages became "more intense than they were a year ago."

"Firms plan to expand operations to accommodate sustained demand, which is evident in a rebound of investment and employment intentions since the autumn survey," said the bank's report, which shared results of its poll of about 100 companies.

The survey showed the share of businesses predicting they would face some or significant difficulty meeting any unexpected rush of demand had also climbed to its highest level since the 2008-09 recession.

The Bank of Canada noted capacity pressures had yet to translate into generalized wage pressures.

However, the bank's report said wage-growth pressures had edged up and were widespread in British Columbia, where firms reported challenges in recruiting and retaining workers because of stiffer hiring competition and minimum-wage increases.

"It highlights that inflationary pressures are increasing as a result of, in part, expectations for higher wages being paid," said Scotiabank deputy chief economist Brett House said Monday.

"We're seeing increasing confidence in the recovery and we expected the pickup in wages because of both the tightening labour market and the fact that wages typically follow macroeconomic growth."

The poll showed companies still intended to spend and hire more, even with growing concerns about the renegotiation of the North American Free Trade Agreement and expanding protectionism, in general. Some firms predicted U.S. growth and the low Canadian dollar to help their sales over the coming 12 months.

The central bank's survey also found that companies remained upbeat about their sales growth expectations for the upcoming year. Their outlooks, however, had moderated somewhat since the fall with predictions that the strong run of recent sales activity would return to a more normal level.

All eyes are now on the Bank of Canada's rate announcement next Wednesday.

Last Friday, an impressive jobs report led some analysts to change their predictions to say that Poloz would indeed raise the rate target next week, a move that would likely prompt the big banks to raise their prime rates.

The employment numbers showed that job creation in 2017 reached a pace not seen in a calendar year since 2002. The surge helped push the unemployment rate last month to 5.7 per cent — its lowest mark in more than 40 years.