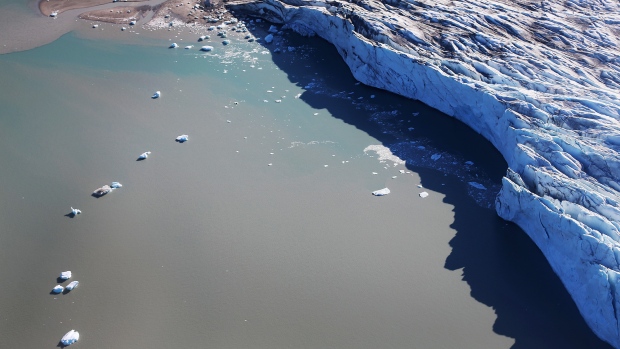 (Bloomberg) -- An analysis of thousands of corporate disclosures on climate-change risks suggests that companies stand to gain more than they lose, mostly within the next five years.

Some $2.1 trillion worth of potential good news is embedded in those statements, according to CDP, a U.K. nonprofit that requests information on behalf of a large pool of investors. Companies that capitalize on a shift to climate friendly products and services or that find ways to help people adapt to changing conditions could reap massive rewards.

Some 6,900 companies reported to CDP in 2018 on the financial risks posed to them, both directly and indirectly, from climate change. Analysts paid particular attention to respondents from among the largest 500 companies globally. The $2.1 trillion in benefits is estimated from responses at 225 of those biggest companies.

The research group also tallied up $970 billion at risk—more than half of it anticipated within 5 years—from the disclosures of 215 of the world’s largest 500 companies. The threats are largely seen to be coming from possible government regulation (such as carbon taxes), market shifts related to climate change (such as higher insurance premiums) or direct interference with operations.

The financial services industry faces almost $700 billion in risks from regulation, market sentiment or other indirect factors, according to the report, with potential gains of nearly $1.2 trillion. Analysts criticized the industry for reporting practices that raise a magnifying glass to its customers, rather than itself. “[T]he finance sector is likely to be missing some risks,” the CDP report states in particular, a expression of trouble that could come to the businesses beyond “potential risks to their direct operations,” such as branding issues or unforeseen price swings.

CDP, originally called the Carbon Disclosure Project, has for more than 15 years asked companies to report their greenhouse gas emissions publicly and explain their strategies for addressing their roles regarding the global problem. The group has tweaked its inquiry in recent years so that corporate responses are structured in line with recommendations from the Task Force on Climate-Related Financial Disclosures. The TCFD, which was founded and is chaired by Michael Bloomberg, published a framework in 2017 for companies to address risks in a more structured and comparable way. (Bloomberg is the founder and majority owner of Bloomberg LP).

To contact the editor responsible for this story: Joshua Petri at jpetri4@bloomberg.net