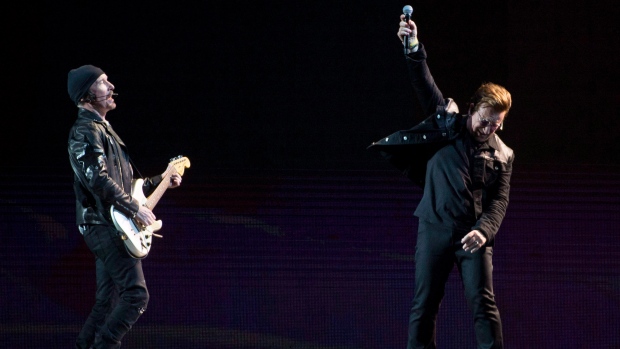 Irish rockers U2 kick off their world tour of the Joshua Tree in Vancouver, B.C., Friday, May 12, 2017. , The Canadian Press

The Competition Bureau is asking Canada’s ticket-sellers to better inform customers of the full cost of going to concerts and sporting events.

Citing “mandatory fees” that can increase the final all-in price of a ticket by as much as 57 per cent of the list price, the watchdog’s request comes just one week after Ontario announced a plan to target scalper bots and third-party ticket-sellers with new regulations.

“Canadians spend billions of dollars online each year buying tickets to their favourite sporting and entertainment events,” Competition Commissioner John Pecman said in a statement. “To promote continued innovation and growth in the digital economy, it’s critical that consumers have confidence that the prices they see online are the ones they will pay.”

The practice of leaving fees – sometimes including venue charges, order processing and service charges – is known as “drip pricing” and can significantly increase an otherwise cheap price listed on ticket-selling sites, apps or through promotional initiatives.

The Competition Bureau reached a $1.25 million settlement with Hertz and Thrifty in April over similar practices within the rental car industry.