This is an economic issue: Chamber of Commerce senior director on women re-entering the workforce

It turns out the best way to get more women on corporate boards may be to use a floodlight.

Regulators began requiring companies on the Toronto Stock Exchange to disclose the number of women they have in senior roles, along with their plans to improve diversity, six years ago.

At the time, 67 per cent of the 100 largest public companies in Canada had at least one woman among their directors. As of May this year that had increased to 96 per cent, according to a study published by KPMG LLP Monday. About half of those companies had three or more women in director roles.

Canada’s “comply or explain” approach was a major driver, according to Doron Melnick, a KPMG partner who wrote the report. Still, there’s more to be done. 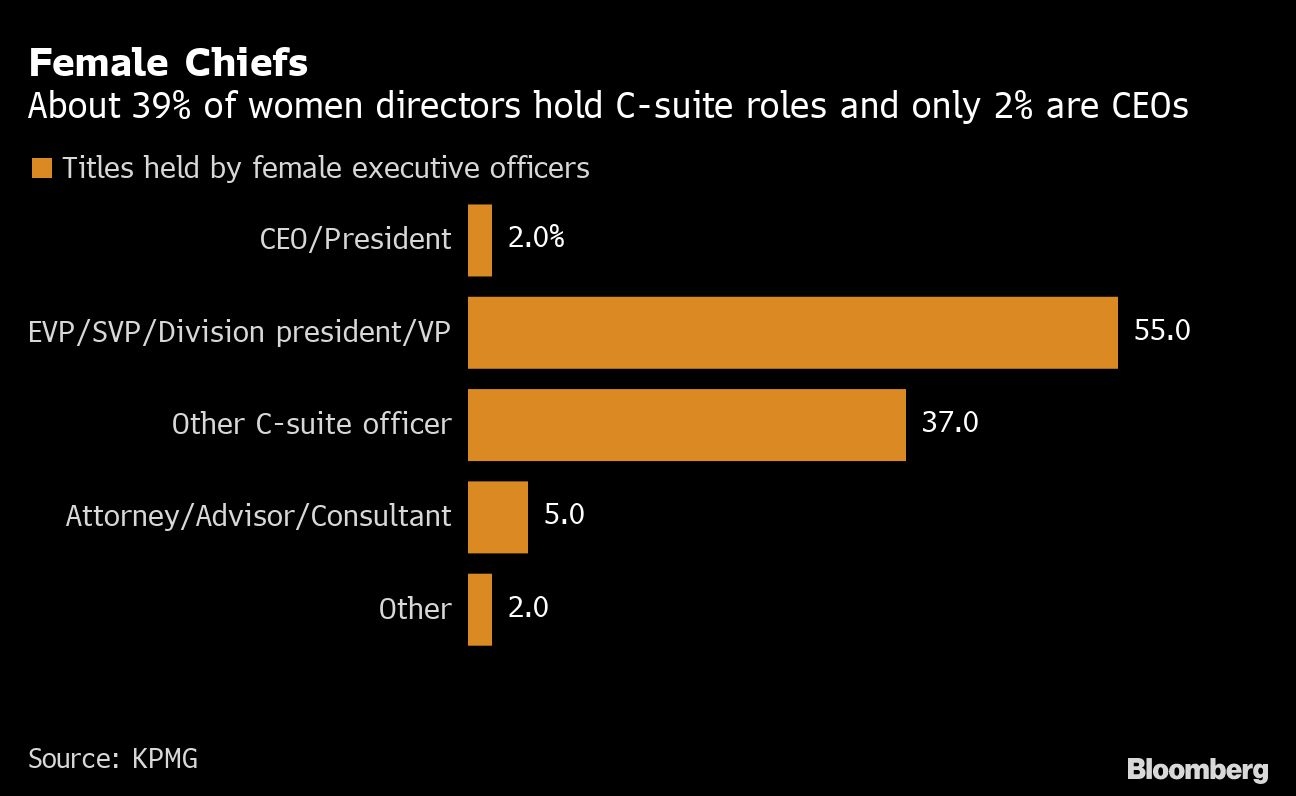 “Corporate Canada has to continue the change and the changes are needed not just in the boards,” Melnick said. “It’s just as important to focus on the level of top management.”

Men continue to outpace women at a rate of almost two-to-one for board positions and three-to-one for executive posts, according to the study. During the six-year period, 173 women were appointed to board seats -- including some appointments to multiple boards -- and 108 became executives of Canada’s largest companies. That compared to 332 men added to boards and 339 men appointed as executives.

Men who first became senior executives at their company during the period also advanced more quickly, with almost half ending up in C-suite positions compared with 39 per cent for women. Only 2 per cent of those women held the top job compared with 15 per cent for men.

In October, Rania Llewellyn became the first woman ever to lead one of Canada’s eight largest domestic banks.

While a number of concerns have been raised about unintended consequences of the comply or explain rule -- the biggest being that companies would promote underqualified women to be “token” directors or appoint insiders -- that’s not supported by the data, Melnick said.

And as women are also cutting back their hours more sharply than men during Covid-19, this study is “a call to action to redouble efforts in this area,” he said.

“We are in a crisis and we’re very worried about losing momentum,” Melnick said. “We’re worried about a plateau, or possibly a drop, setting back the cause of gender diversity.”