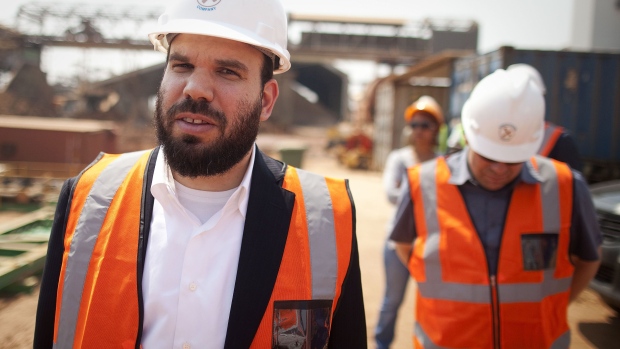 (Bloomberg) -- The Democratic Republic of Congo will pay Israeli billionaire Dan Gertler more than $250 million to resolve a dispute over two oil blocks, according to a settlement agreement.

Under the terms of the deal released by the government on Thursday, Gertler will return mining and oil assets potentially worth billions of dollars to the state in exchange for the reimbursement of expenses and Congo’s assistance in getting US sanctions against him ended.

Gertler was sanctioned in 2017 by the US Treasury for “opaque and corrupt mining and oil deals” in Congo under the previous administration of President Joseph Kabila.

“It is Mr. Gertler’s fervent hope that with his full withdrawal from active business in the DRC and the implementation of compliance changes, the US government will view him as having responded to the US sanctions in the appropriate manner,” his spokesman said in an emailed statement.

Gertler’s companies will continue to receive royalties from three copper and cobalt projects in Congo owned by Glencore Plc and Eurasian Resources Group, according to the agreement. He will also give up two oil permits on Lake Albert along the border with Uganda, as well as iron and gold exploration permits.

Congo is currently offering the two oil blocks up for tender.

According to the agreement, Congo has a year from the signature date to pay Gertler’s company, Ventora Development SASU, the entirety of 240.7 million euros ($252 million) plus 6% annual interest whether or not the country has managed to re-sell his permits.

Gertler’s Ventora will also pay 249 million euros to state-miner Gecamines for a previous deal giving him royalties to Glencore’s KCC project, according to the agreement. The payment is partly offset by a 192 million euro loan Gecamines owes to Gertler.

Congo is required to publish all mining contracts as part of the conditions of a $1.5 billion International Monetary Fund loan program and the country’s mining code.

On Friday, a coalition of Congolese and international non-governmental organizations known as Congo Is Not For Sale said the settlement “confirmed the fears of a detrimental deal for the country” and called on the government to publish any other annexes and documents related to the agreement.