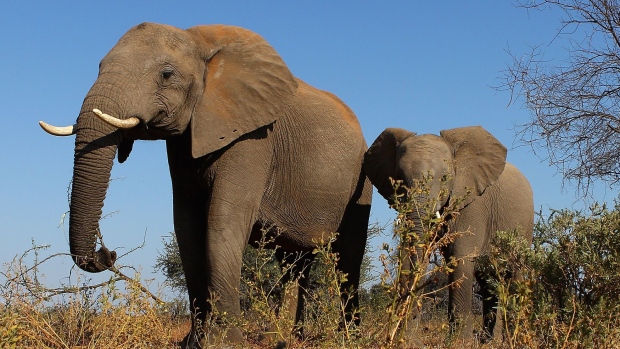 (Bloomberg) -- The Republic of Congo imprisoned a well-known poacher for 30 years for the attempted murder of park rangers and the smuggling of elephant tusks, marking the first conviction by a criminal court in that country of a wildlife trafficker.

The poacher, a Congolese national known by the nickname Guyvanho, headed a team that may have killed as many as 500 elephants in the country’s Nouabalé-Ndoki National Park since 2008, the Wildlife Conservation Society said in a statement Monday. Environmental crimes were previously tried in civil courts, with a maximum penalty of five years.

“This unprecedented conviction in the criminal court is a major milestone in the protection of wildlife in the Republic of Congo,” Emma Stokes, the organization’s regional director for Central Africa, said in the statement. “It sends an extremely strong message.”

The sentencing followed more than three years of work by the Nouabalé-Ndoki National Park’s Wildlife Crime Unit and Anti-Poaching department, as well as repeated attempts to arrest Guyvanho, according to WCS.

In 2018, Guyvanho and his team engaged in a gunfight with park rangers after having killed 11 elephants. He escaped from jail 12 days before his trial was due and was sentenced in absentia to five years in prison. He was arrested again the following year.