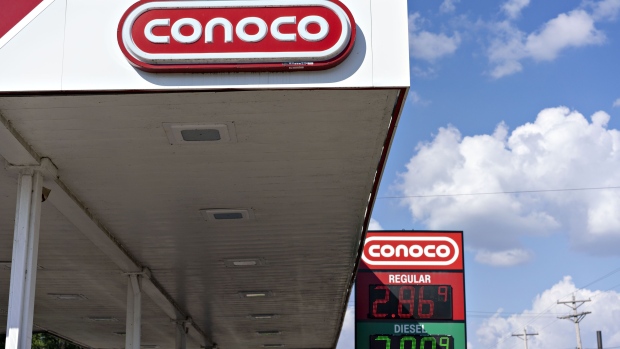 The Houston-based company followed BP Plc on Tuesday in surpassing analysts’ projections, partly due to its U.S. shale production, which rose 21 percent from a year earlier.

Chief Executive Officer Ryan Lance is preparing to unveil a 10-year strategic plan to investors next month. Conoco, which was forced into a painful dividend cut during the 2014-2016 oil price crash, is trying to position itself as a steady cash generator, the antithesis of the struggling U.S. shale industry, by focusing on returns to investors over production growth. 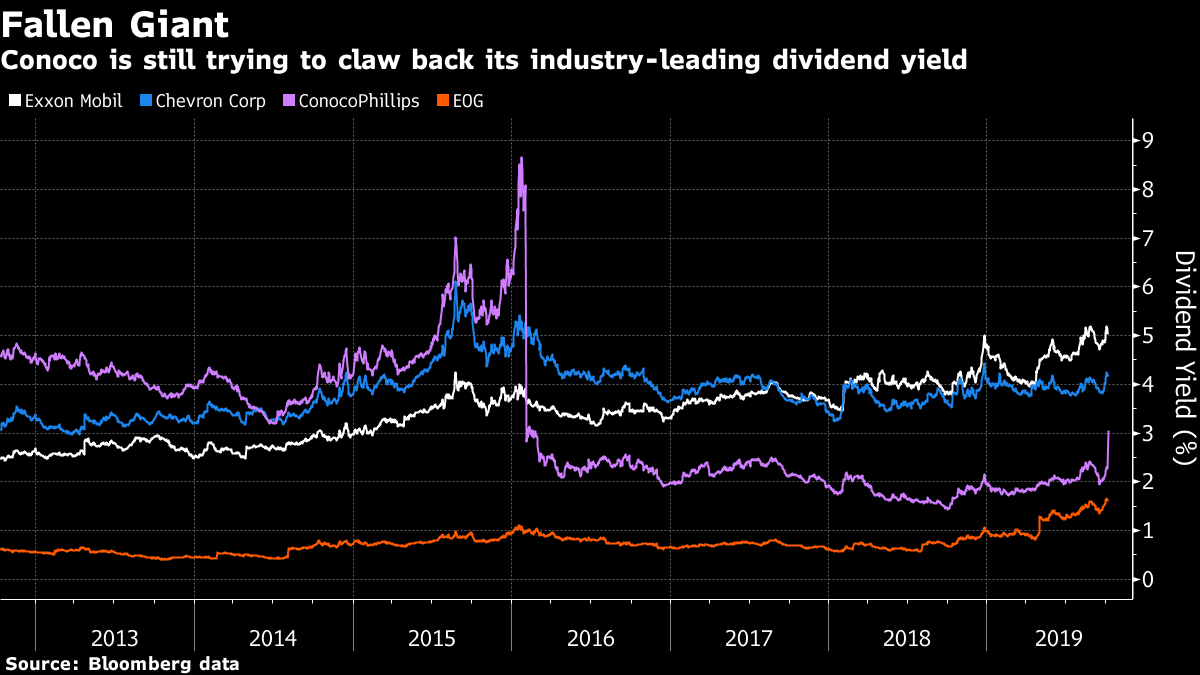 “This quarter extends our successful track record of performance since we reset our value proposition in 2016,” Lance said in a statement.

Profit excluding one-time items was 82 cents a share, higher than all of the analysts’ estimates compiled by Bloomberg, its eighth earnings beat in nine quarters. That shows the company can keep generating “robust” free cash flow, analysts at Tudor, Pickering, Holt & Co. said in a note.

Conoco gets a high proportion of its oil from assets in Alaska, Asia and the Middle East that have production that’s declining relatively slowly. But it’s also focused on growing its shale output, especially in the Eagle Ford and Permian Basin, albeit at a slower pace that pure-play rivals. Unconventional production rose 21 per cent to 379,000 barrels a day compared with a year earlier.

Despite that, overall production missed estimates by a small margin. Output in the quarter was 1.32 million barrels per day of oil equivalent, less than the median estimate of 1.34 million.

The shares were little-changed at US$55.75 at 9:04 a.m. in pre-market trading in New York. The stock was the best performer in the S&P 500 Energy Index last year but has lagged behind the gauge so far this year.

Conoco’s cash was boosted by about US$100 million from Venezuela’s state-owned producer, part of a long-running legal settlement after the state nationalized its assets more than a decade ago.