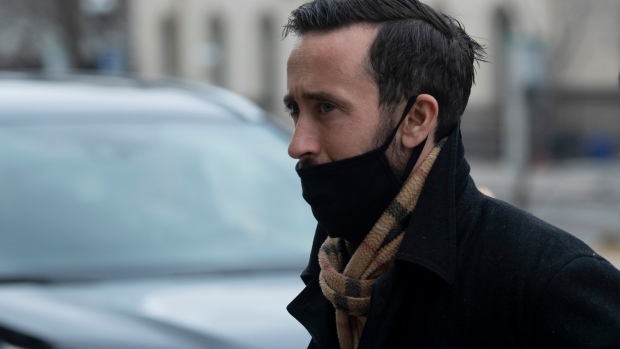 OTTAWA - A majority of Conservative MPs have voted to remove Derek Sloan from the party's caucus, according to sources not authorized to speak publicly about caucus business.

The vote follows revelations Sloan accepted a donation to his leadership campaign from a white nationalist.

Sloan did not dispute he received the money but has said he was unaware of it, and it was unfair to expect him to scrutinize the backgrounds of all donors.

Sloan was first elected to the Ontario riding of Hastings-Lennox and Addington in 2019 and unsuccessfully ran for leadership of the party last year.

His socially conservative views have been a thorn in the party's side and O'Toole had faced pressure for months to kick him out to prove the Tories are the moderate party the leader claims.