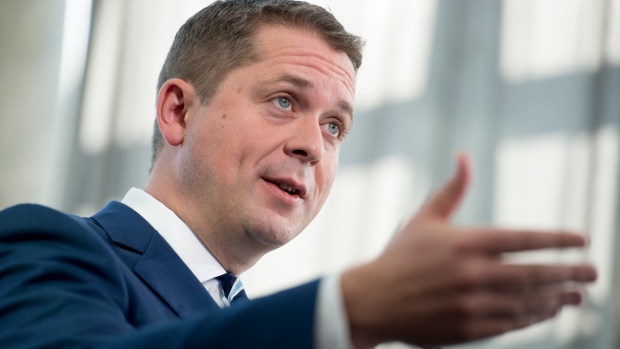 OTTAWA -- The Conservatives say they would get rid of admission fees at all of Canada's national museums.

Andrew Scheer made the announcement on an otherwise quiet day, as the party leaders prepare for the English-language debate later today.

Scheer says scrapping those fees will make it easier for families to learn about Canada's history and make school trips and family vacations more affordable.

The parliamentary budget office estimates that would cost the government about $21 million a year.

The nine national museums include the National Gallery of Canada, the Canadian War Museum and the Canada Science and Technology Museum in Ottawa, as well as the Canadian Museum for Human Rights in Winnipeg.

Scheer says he would also make the RCMP Heritage Centre in Regina a national museum, and also make its admission free.