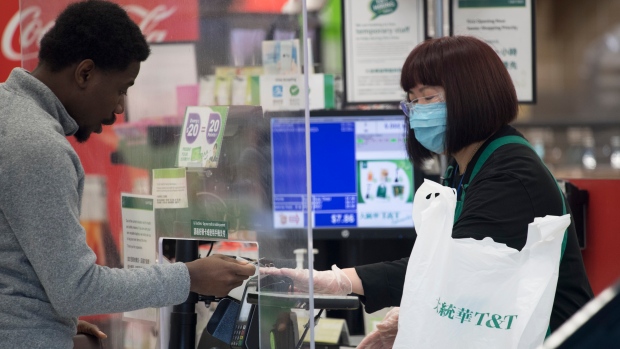 A grocery store worker wears a protective face mask and gloves as she watches a customer try and pay through the plexiglass divider in downtown Vancouver Wednesday, April 29, 2020. The Canadian Press/Jonathan Hayward

The Bloomberg Nanos Canadian Confidence Index, a composite measure of financial health and economic expectations, ticked up to 52.8 last week, from 51.7 a week earlier. The index is at the highest since mid-March, and has made up more than four-fifths of its losses during the height of the pandemic.

Growing optimism among Canadians reflects continued reopening of the economy in a country that has managed to keep COVID-19 cases relatively muted. 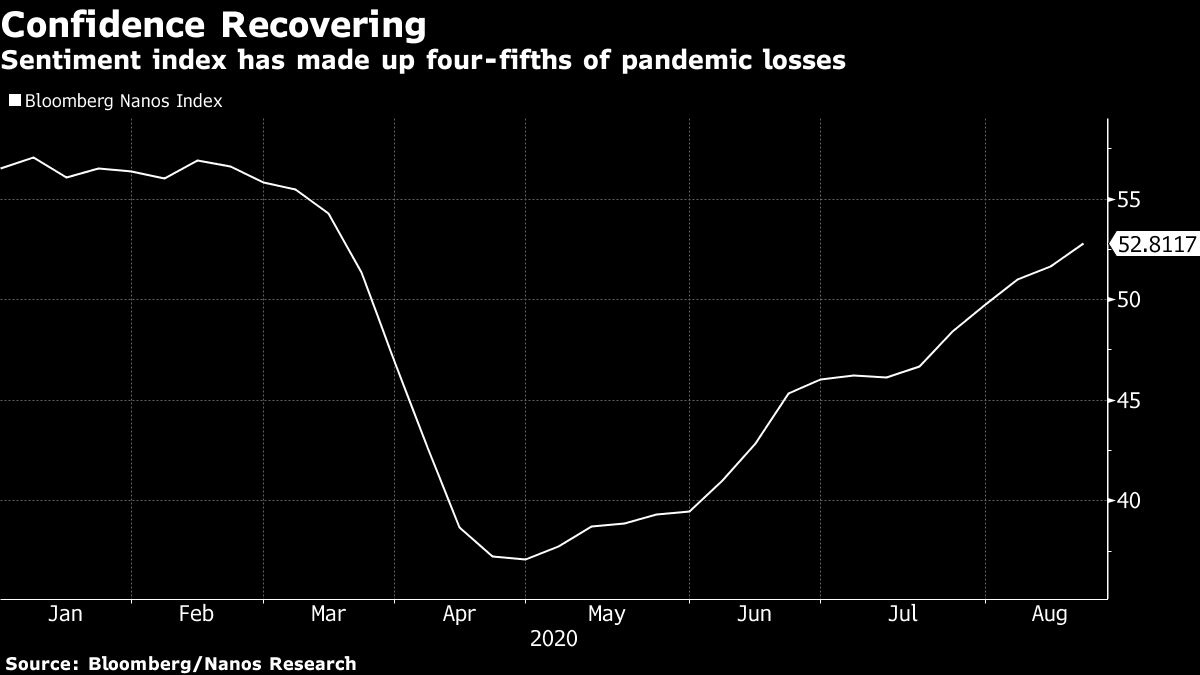