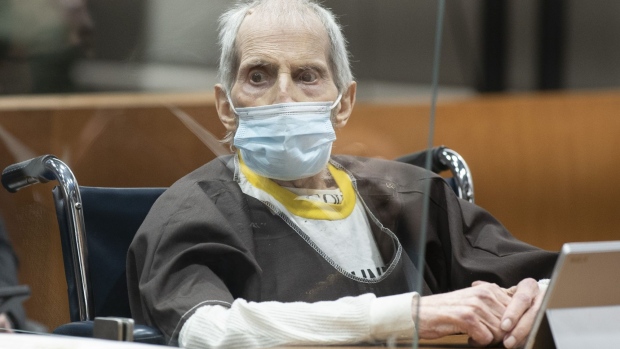 (Bloomberg) -- Robert Durst, 78, the New York real estate heir who was recently sentenced to life in prison for murder, has tested positive for Covid-19 and is on a ventilator, his lawyer told NBC News on Saturday.

Durst has been hospitalized and was “having difficulty” breathing and speaking, his attorney Dick DeGuerin told NBC News.

Durst was sentenced to life on Thursday for murdering a long-time friend, Susan Berman, in 2000. Prosecutors alleged he killed her because she helped him cover up the murder of his wife almost four decades ago, and he feared she might expose him to authorities.

Durst was acquitted 17 years ago in Texas in another murder trial, even after admitting he shot his elderly neighbor and dismembered his body. He is an estranged son of a real-estate family with stakes in properties including One World Trade Center.