Copper demand is on the rise – and so is Trigon Metals - BNN Bloomberg
{{ currentBoardShortName }}
Markets
As of: {{timeStamp.date}}
{{timeStamp.time}} 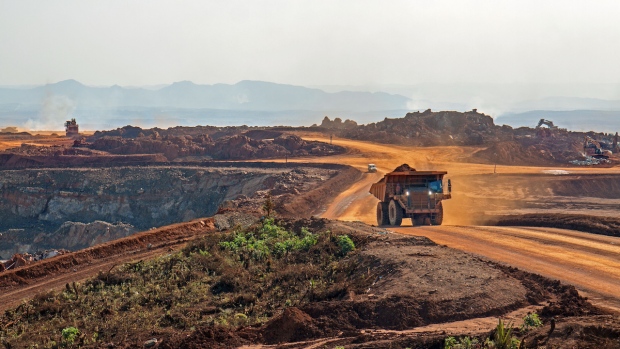 Trigon Metals Inc. is leading the way in the exploration, development and production of copper and silver in some of Africa’s best jurisdictions.

It is no secret that copper is frequently making global headlines, and while experts are constantly speculating about its price fluctuations, it is undeniable that the demand for this precious metal will continue to increase in the future. With its market forecast to be in a deficit due to strong demand, new discoveries and copper production will be essential to filling future needs.

In the current environment in which copper prices have hit an all-time low, just after the global market saw an all-time high, copper production will inevitably need to increase. But even with increased production and new operations, many do not see the current rate of production as enough to offset demand. Due to the precious metals’ critical role in enabling countries around the world to meet emission targets on schedule, there is a likelihood of copper production shortfalls.

“Putting in place our silver streaming deal to pay for our underground development and announcing that we have reached cash flow positive are things we have coming up in addition to more exploration success.” ­– Jed Richardson, president and CEO of Trigon Metals Inc.

Considering the direct correlation between copper and a greener energy sector, many are still predicting long term tailwinds for copper as demand increases, which will therefore only continue to rise into 2023 and beyond. Mining Research Analyst, Ben Pirie, shared that “the demand for copper is growing – we've had a ton of institutions and very smart people that we’re in contact with ­– they are all very bullish on the copper price in the next decade, which is supported through the electrification of the world.”

Trigon Metals: A copper play made for these times

Copper is one of the best conductors on the market when it comes to generating electricity. It is used for everything from solar, hydro, thermal, wind and low-emissions technology. With all that in mind, it is clear that any company that can ramp up copper mining over the coming years, if managed strategically, will have countless opportunities for participation in this global market.

“There are not too many large copper operations that are coming online in the next five to ten years that we can see right now, and from the supply side it’s either staying the same or increasing slightly, but we know the demand is increasing dramatically,” says Pirie.

Right now, one company poised to help fill the gap in demand and provide exciting opportunities in copper production is Trigon Metals Inc. (TSXV: TM). The company is in an ideal position to lead the way in copper production, having recently completed an expansion at their Kombat Mine and Kavango Pit in Namibia, and is set to become a cash-flow positive company with high returns for investors as they continue to optimize production.

Trigon Metals recently restarted the Kombat Mine in Namibia and has a solid team working with the local community to bring production of its flagship mine and Kavango Pit to peak levels. Historically, the Kombat Mine was one of the most significant copper mines in Southern Africa, producing 12.5 million tonnes of ore and grading 2.6 per cent copper between 1962 and 2008.

“There are all these explorers that say they can grow the resource by two to three times but will diluting shareholder value by doing so. Having a small producing company that can slowly kick up and grow substantially over the next three to five years… they'll be able to uncover a resource that allows them to become a major copper producer,” said Pirie.

In addition to the operations in Namibia, Trigon has also advanced exploration at their high potential Silver Hill Project in Morocco. In early 2022, Trigon released an IP Survey that detailed copper and silver grades, with high values of cobalt at the Silver Hill Project.

When asked about the company’s affinity for mining in desert regions, president and CEO Jed Richardson said, “we seem to really like deserts and it's not an accident. It's environmentally a lot less damaging in a desert.” This environmental aspect is also tied to the benefit and support in the local communities.

Located within the Otavi Mountainlands in Namibia, the project operates on a mine that was previously placed on care and maintenance due to an economic downturn in 2008. As a result of Trigon's presence in the region, local employment opportunities have also been created and local economies have been revitalized. Trigon has had great success so far in acquiring and developing copper and silver properties in favourable African mining jurisdictions and continues to hone their strategies to optimize benefit for locals and shareholders alike.

“After tourism, mining is the biggest employer and second biggest part of Namibia’s economy. It’s a very clear and easy place to do business,” Richardson says.

A new focus – with big benefits

Trigon started operating from an open pit at the Kombat Mine, though it has historically been underground. In the company’s original plan, Trigon intended to concentrate production there and eventually reopen its underground operations. However, during the summer, they discovered that mining the Kavango Pit could produce a higher grade at a lower cost, as stated in their press release in August 2022. Management noted marked improvements on grade control and recoveries and are pausing operations to focus the mine plan on this type of mineralization to reduce mine wide operating costs at its Kombat Mine in Namibia.

In a release on August 4th, 2022, Richardson stated that, “Kavango drilling and the early mining in this area have been very encouraging. Mineralization has been far more consistent and massive, matching the nature of the mineralization we find in the underground mine and other areas of the Kombat trend. These initial results confirm our confidence that our revised exploration and production focus will provide significant upside.”

The decision to pause operations at the Kombat Mine is directly linked to Trigon’s recent streaming deal of US$37.5 million silver and copper, with Sprott Resource Streaming and Royalty Corp., and Sprott Mining Inc. The intention of pausing operations at Kombat is to refocus, lower costs, and reconfigure the mine plan to focus on higher grade and more consistent orebodies within the Kavango pit and Kombat trend.

This streaming deal and developments at the Kavango Pit build on funding announced earlier in the year of US$2.5M from Eric Sprott. Trigon continues to attract funding and investors as they strategically grow their operations in both Namibia and Morocco, and Pirie speculates their integrity and efforts will have huge long-term payoffs for investors. He explains that “eventually we're going to see the copper price go up quite substantially. Obviously, the last couple years it has but looking out 10-15 years the Kombat Mine will still be around then, and if you're looking at $10 copper say in 10 years from now, they're going to be making a lot of money. There's a lot of tailwinds for the copper mine right now.

As a result of its highly skilled locals working on the Kombat Mine and a global team of experts in the resource sector and capital markets, Trigon Metals is expected to dominate the copper mining industry in the decades to come.  It is without a doubt that we will continue to see the need for copper increase as the world becomes increasingly focused on environmentally friendly resources and electrification, and both of Trigon’s projects in Morocco and Namibia couldn’t come at a better time.

“We've really gone through the most difficult and risky part of restarting the operation. Putting in place our silver streaming deal to pay for our underground development and announcing that we have reached cash flow positive are things we have coming up in addition to more exploration success,” Richardson commented.

Considering a rocky financial future in the years ahead due to the unrest in Europe and the possibility of a recession, many experts and investors are optimistic about copper prices and junior mining companies that offer long-term investment prospects.

“The goal in five, six, seven years down the line – and if shareholders stuck it up from today onwards, they're not looking at it two to three times on their investment ­– they're looking at five to ten times their investment. I think all of us would be happy with that,” Pirie speculated.

Trigon Metals will continue to be leaders in copper production, and an attractive investment at their current prices and rate of expansion.

To keep up with the latest company news, follow Trigon Metals on social media: