Copper fell to the lowest since September amid concerns the spreading coronavirus could undo the positive economic impact from China’s phase-one deal with the U.S.

On Monday, Chinese officials were said to be seeking flexibility on their pledges under the phase-one trade deal signed with the U.S., as the Asian nation struggles to contain the virus that’s already spreading around the world.

“This is destroying the narrative of economic green shoots that we saw build up throughout November, December — the deal with the U.S. and China is basically dead,” said Ole Hansen, head of commodity strategy at Saxo Bank A/S. “There’s no way China can live up to the agreement of the phase one deal. So growth is going to be delayed.” 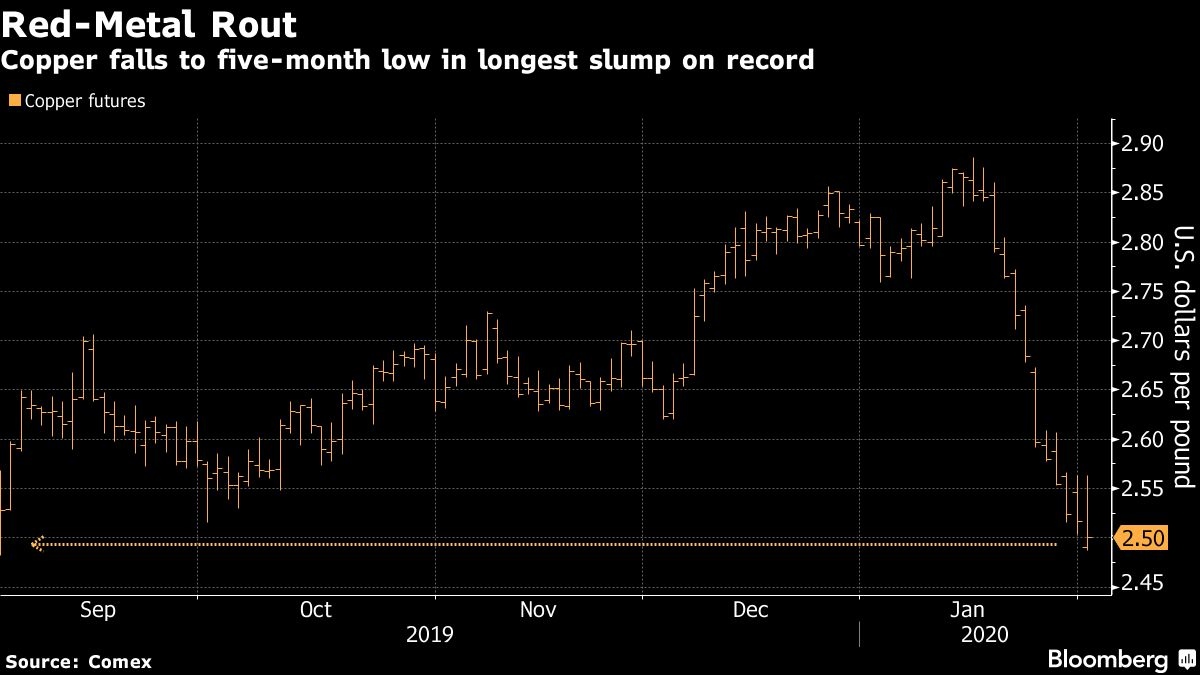