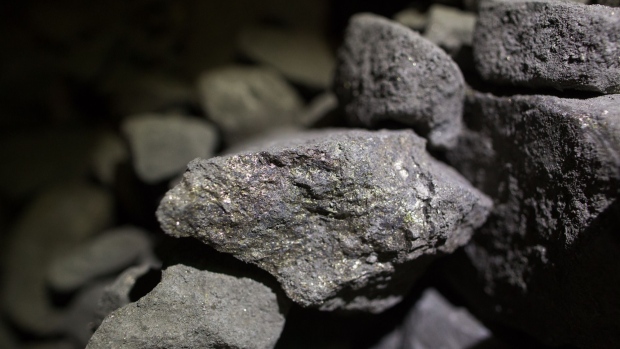 Excavated copper ore sits in a cart at the Taymyrsky copper mine, operated by MMC Norilsk Nickel PJSC, in Norilsk, Russia, on Wednesday, Oct. 18, 2017. Norilsk Nickel, which mines the rich deposits of nickel, copper and palladium near Norilsk, has spent 2.5 billion rubles ($40 million) to lay fiber-optic cabling in the Siberian tundra. Photographer: Andrey Rudakov/Bloomberg , Bloomberg

For a metal intrinsically tied to economic growth, copper has had a spectacular few months, surging about 50 per cent from a March low to more than recoup its initial losses in the pandemic. Despite the uncertain global outlook as the coronavirus spreads, prices are holding near a two-year high.

Is this as good as it gets?

The rally has had two primary drivers, either of which could be short-lived. First, disruptions at giant South American mines battling virus outbreaks have throttled production and spurred supply concerns.

Yet copper bulls argue that the metal isn’t only relying on temporary support. There’s also a growing focus on the long-term consequences for the market as governments worldwide unleash unprecedented support packages to insulate their economies from the fallout of the pandemic.

“Copper is performing best in the two things we’re filtering for: In the short-term, it’s the metal with the fewest warts, and it’s also a metal with a strong medium- and long-term outlook,” James Tatum, a partner and portfolio manager at Valent Asset Management, said by phone from Connecticut. “There’s still not really a natural seller of copper at this point.”

Traders including Trafigura Group say that Chinese buyers stocked up rapidly in April and May. With equity markets also booming, the mood among Chinese traders remains optimistic, even if the surge in imports may be hard to top.

“The market has more or less misjudged the demand picture this year,” said Eric Liu, trading and research director at ASK Resources Ltd., a Shanghai-based copper trader. “With liquidity easing globally and active stimulus from China, consumption has surged.”

For some, the fundamental supply-demand arguments for higher copper prices in the short term are already reflected in the market, leaving little room to move up. For example, futures declined on Tuesday despite the huge Chinese import data.

Copper declined 0.3 per cent to US$6,481 a ton on the London Metal Exchange on Wednesday, and is up 5 per cent so far this year. 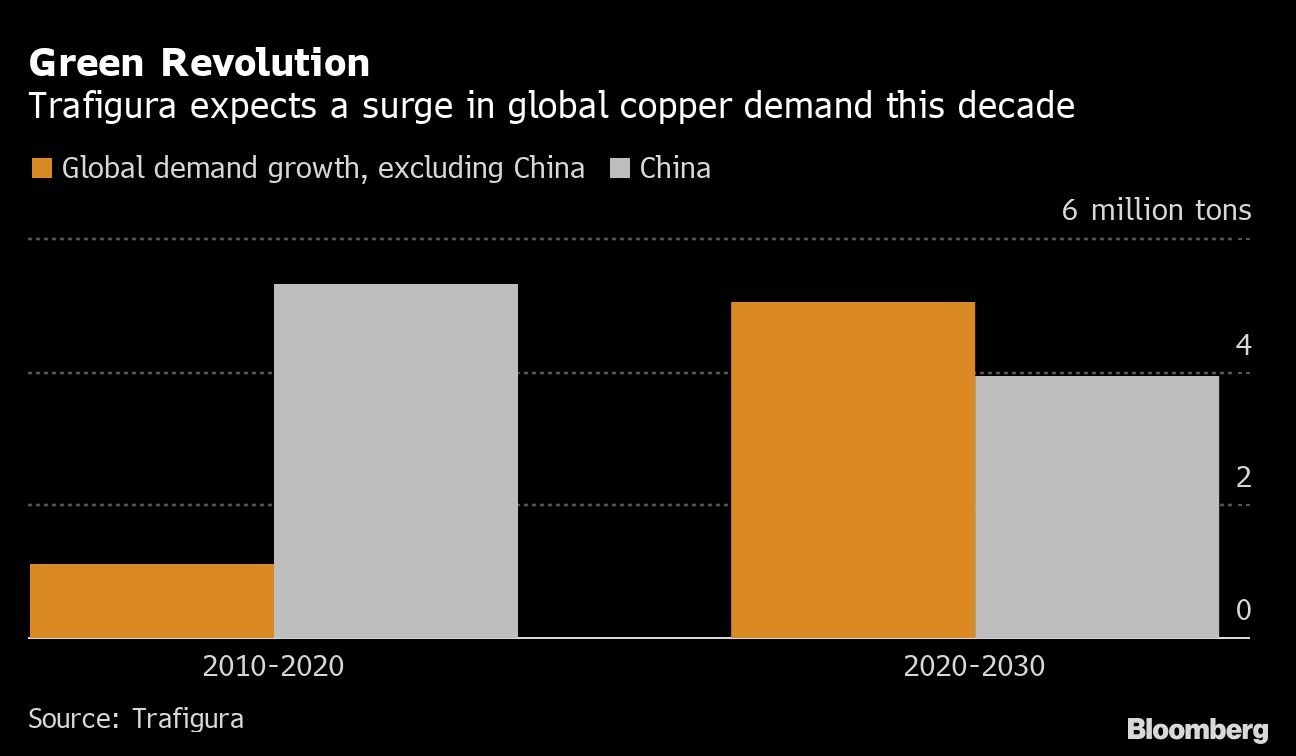 “The bullish factors all have been largely priced in,” said Harry Jiang, president of the trading division at Jinchuanmaike Metal Resources Co. in Shanghai. “Chinese demand is weakening, though it won’t be a hard drop as the infrastructure investment will come in to offset.”

With China’s apparent demand for copper already at such extremes, there are some worries that the eye-popping rally may run out of steam.

Traders say the physical market is starting to respond predictably, with high prices sapping demand and supply of copper rebounding as commercially savvy scrap dealers start to cash in.

“The market is pricing in a demand recovery and a supply disaster,” Vivienne Lloyd, an industrial metals analyst at Macquarie, said by phone from London. “That’s like having your cake and eating it.”

For copper skeptics, the argument is simple: The metal that’s so closely tied to global growth shouldn’t be flying so high while the virus is still running rampant and several major economies are in the grips of the biggest recessions in decades or even centuries.

Other industrial commodities, from oil to coal and zinc, have been pummeled by the pandemic.

Much will come down to China, according to analysts at Goldman Sachs Group Inc. The nation accounts for 50% of global demand and the government can readily stoke its economy with spending on copper-intensive infrastructure.

If the U.S. economy lags and the dollar weakens, buyers in China would have an additional advantage in importing commodities like copper that are priced in the American currency, analysts at the bank said in an emailed note.

Even with the global case count rising rapidly, assets like copper and gold may yet rally further, the bank predicts.

China can provide an even more direct form of support for copper by buying up inventories for its strategic reserves -- the provincial governments of Yunnan and Gansu announced plans to stockpile metals in April.

Longer term, the case for copper comes down to constrained supply -- new mines take long and lots of money to build -- and the expectation that stimulus efforts around the world will boost demand.

In Europe, the outlook is brightening rapidly as governments make spending on copper-intensive green energy infrastructure a key pillar of an unprecedented 750 billion-euro coronavirus rescue package.