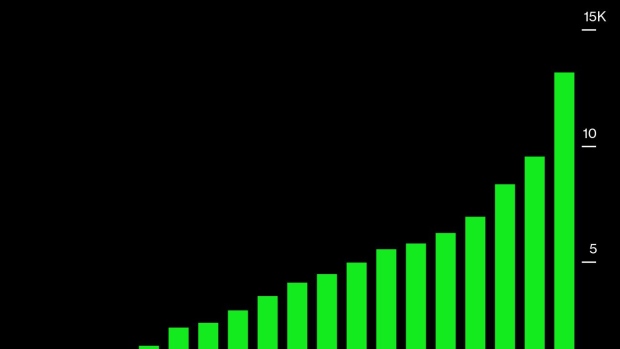 As companies rush to set climate goals, some aren’t even getting the basics quite right when it comes to accounting for greenhouse-gas emissions.

That’s what researchers in Ireland, the U.K. and Germany found after scouring a decade’s worth of corporate emissions data. When the numbers were tallied, many didn’t add up. They found instances of errors, omissions and rounding issues (often down rather than up).

Many companies voluntarily report their emissions to CDP, a nonprofit focused on environmental disclosure. They provide figures on gross emissions and then break them down into as many as five categories, including business lines, region and type of greenhouse gas. In all, about 30% of those companies—across various industries—had mismatched data in at least one of the categories in a given year, the researchers found in their study.

Getting the arithmetic right on emissions is becoming all the more important as U.S. regulators craft rules requiring companies to report their carbon footprints, and as corporations set targets to get to net-zero emissions.

“These companies are pretending they care about the environment, but they can’t even add up the data,” said Andreas Hoepner, a professor at University College Dublin’s Smurfit Graduate Business School, who worked on the study. “It shows that their net-zero targets are just a big public relations exercise.’’

Hoepner worked on the research with University College Dublin colleague Sergio Vega, Joeri Rogelj at the Centre for Environmental Policy at Imperial College London and Frank Schiemann at the University of Hamburg’s School of Business, Economics and Social Sciences. They analyzed data reported to the CDP between 2010 and 2019, focusing on each company’s direct emissions from facilities and vehicles, and emissions produced by the power it purchased. Those are known as scope 1 and 2 emissions, respectively.

The worst offenders when it came to anomalies in emissions bookkeeping happened to be some of the world’s largest polluters, the researchers found.

About 39% of oil and gas companies reported mismatched data in at least one of the categories in a given year, they said. In 2015, more than half of the data reported by the industry contained anomalies, the most over the 10-year period, they said.Some of the biggest anomalies were in data provided by Exxon Mobil Corp. and Canada’s Imperial Oil Ltd., according to the researchers. Exxon reported total scope 1 emissions of 120 million tons of carbon dioxide equivalent for 2016, but when it broke that down by different types of greenhouse gases, the number added up to 128 million tons, the researchers found. An Exxon spokesman said the company’s gross scope 1 emissions included CO2, methane and other greenhouse gases. Methane and other greenhouse gases were reported in a separate entry and so shouldn’t be counted twice, he said, adding that this was referenced in a footnote to Exxon’s report to the CDP. The spokesman said that it publishes its own annual report that includes emissions data.

A Shell spokeswoman said the company’s CDP submission is fully consistent with its published sustainability report, adding that it also notes that numbers are rounded. She said the emissions data is audited by Lloyds Register of Quality Assurance.

“If companies were making simple rounding [errors], then you would expect regular mismatches that are equally spread between negative and positive mismatches,” University of Hamburg’s Schiemann said. “But this isn’t the case. While some reports are perfect, others are just not adding up.”

Investors at Brunel Pension Partnership, Church of England Pension Board and U.K. pension pool LPGS Central said they are in talks with companies about the mismatched data.

The CDP said companies are encouraged to give emissions breakdowns that are within a 5 percentage-point variance of overall numbers.

“This allows for slight deviations where small amounts of emissions may not be captured by overall business activity or business division category breakdowns,” said Simon Fischweicher, head of corporations and supply chains for CDP North America. “But ultimately, as this data is self-reported, minor errors or inaccurate data points are sometimes reported.”

On the flip side, the researchers found no anomalies in emissions data from companies including Portugal’s Galp Energia SA, TotalEnergies SE of France and China’s Cnooc Ltd.