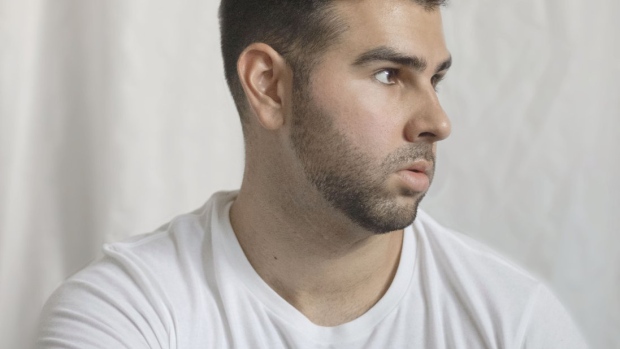 Toronto-based graphic designer Dylan Horner is shown in this undated handout photo. Horner says a lot of the marketing campaigns he's come across during Pride month make him cringe. , THE CANADIAN PRESS/HO-Dylan Horner

Toronto-based graphic designer Dylan Horner says a lot of the marketing campaigns he comes across during Pride month make him cringe.

Throughout June, advertisements from brands featuring Pride imagery appear on televisions, billboards and especially social media feeds. Companies ranging from local businesses to multinational corporations drop new Pride-themed products and add touches of rainbow decor to their logos, all in the name of LGBTQ allyship.

But if the policies, products and political activities of a company during the other 11 months of the year don't line up with its colourful advertising during Pride month, they are increasingly likely to be called out for "rainbow washing" – public displays of support for the LGBTQ community that are temporary and not backed up by action.

"When companies try to push their own agenda while including the community, those are the (campaigns) that make me mad," says Horner, who is gay.

But his feelings on the matter aren't black and white. He believes there is value in marketing and advertising campaigns during Pride month, especially if there is nuance, noting that the visibility is particularly helpful for individuals who might live in rural areas, feel alone or aren't entirely comfortable with who they are yet.

Horner is not alone in finding the issue nuanced.

"I think that sponsorships from mega companies can often be beneficial to queer creators, and financial backing in that regard can often propel us to the next level," drag performer Kendall Gender says. "I do, however, (have) an issue when (sponsorships are) inauthentic."

Gender is working with Canadian cosmetics company Annabelle on a Pride collection and campaign this year. Annabelle says monetary donations will be made to Rainbow Railroad, an organization that helps LGBTQ people escape violence and persecution in their home countries.

Marketing industry watchers agree authenticity matters and that Pride month campaigns can serve a positive purpose, but there needs to be substance behind them.

Scott Knox is the founding president of PrideAM, an organization working to ensure LGBTQ people are more visible at marketing agencies and that portrayals of the community in advertising are not one-dimensional.

He finds that Canada's advertising industry tends to do a better job compared to other markets he's worked in when it comes to ensuring authentic LGBTQ representation and around Pride month specifically.

"In Canada, we are part of the fabric of how brands talk to (consumers) and sell products" all year round, he says.

At the same time, he says big businesses need to reflect on whether they actually value the LGBTQ community or are just trying to cash in when Pride month rolls around, illustrating his point with the example of a hypothetical business adding rainbows to a branch of its operations located in Toronto's Gay Village during Pride month, but not at any other location and at no other time.

"They are safely in the space of the community, but will they do something in another country, in another city, at a different time of the year other than Pride month?" he says.

Craig Pike, owner of Craig's Cookies, points to a level of shallowness and lack of understanding on the part of some bigger organizations that he's come across. He says they have been coming to his small business, which has a location in Toronto's Gay Village, for free cookies for their Pride campaigns rather than paying for them.

"We have been approached by banks, hotels and other huge food brands asking us to donate cookies for their Pride events," he says. "In my opinion, if you want to support small queer businesses during Pride, put your money where your mouth is."

The cookie business makes its own efforts all year round by hiring diverse groups of employees that best represent the people it bakes for, ensuring it is always visibly queer and learning how it can do better for marginalized individuals within the broader LGBTQ community.

For bigger businesses, there are some easy actions that can be implemented at the policy and system level long before Pride month that represent tangible support for the LGBTQ community, says Feminuity co-founder and CEO Sarah Saska. Feminuity helps organizations improve their diversity and inclusion efforts.

She emphasizes the importance of setting up data collection tools for customers and employees that aren't limited to gender and sexuality so there is a better understanding of who people are and what they need, and to help the company determine whether its products are inclusive.

Another example is around benefits, in particular, working with health and benefit providers to expand insurance to cover gender-affirming medical care for transgender and non-binary people. Making sure dress codes are not gendered is another easy starting point, she adds.

This is just a start, of course. Saska says consulting with the LGBTQ community to see what other actions are beneficial and whether or not plans a business has are actually useful, needed or helpful, can go a long way.

At the end of the day, Horner believes being a progressive company goes beyond a checklist to satisfy during Pride month.

"Being progressive is a way of being. If you really want to do something you’ll just do it," he says.