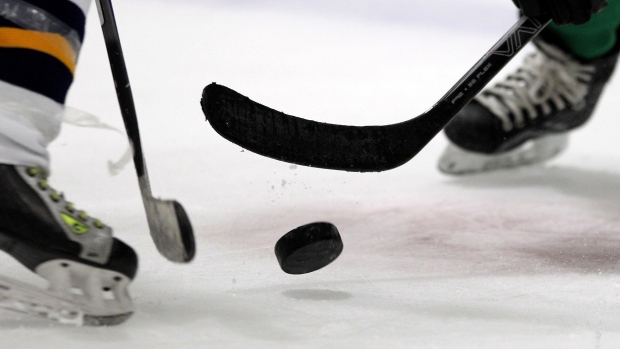 Scotiabank's move to pause its sponsorship of Hockey Canada until the organization takes steps to "improve the culture" within the sport is the latest example of the growing trend among big corporations using their heft to advance social change, experts say.

Scotiabank's decision, announced in an open letter published Monday by the bank's president and CEO Brian Porter, comes after the federal government froze public funding to Hockey Canada last week in response to its handling of an alleged sexual assault and out-of-court settlement.

Hockey Canada quietly settled a lawsuit last month after a woman claimed she was assaulted by members of the country's 2018 gold-medal-winning world junior hockey team at a gala and golf function four years ago in London, Ont.

None of the allegations have been proven in court.

Writing that he was "appalled" by the reports of the alleged assault, Porter said Scotiabank will cancel the sponsorship dollars it had planned to spend at the pandemic-delayed 2022 world juniors in August, redirecting the money into other programs, including one that aims to help eliminate financial barriers for young people in the game, and the women's world championship.

The high-profile exit by one of the organization's biggest corporate sponsors will have an immediate "shock effect" within Hockey Canada, said Joanne McNeish, associate professor of marketing at Toronto Metropolitan University's Ted Rogers School of Management.

She pointed to the significant impact that the loss of corporate sponsorships had in the recent decisions of some North American pro sports teams to change their racist team names.

"It’s pretty powerful. It’s millions of dollars," McNeish said. "To lose that kind of cash, even in the short-term, is not healthy for the organization.”

Cheri Bradish, director of the Future of Sport Lab at Toronto Metropolitan University, said corporations choose to sponsor sports organizations because of the many publicity benefits that come along with being associated with them.

But she said sponsoring individual athletes, teams, or federations can also be fraught with public relations risk, especially in a world in which social issues are increasingly important to both customers and shareholders.

Last year, for example, several major brands pulled their sponsorship of the Tokyo Olympics in response to backlash from a Japanese public angry that the Games would go ahead during a COVID-19 public health emergency.

“As sport sponsorships become a big spend, undoubtedly these sponsors want to ensure that the property they’re working with is a 'clean' property with a positive social impact," Bradish said.

“There are many cases where we’ve seen a sponsor make a decision based on the corporate social responsibility index attached to their partnership.”

David Soberman, a marketing professor at the University of Toronto's Rotman School of Management, added that the advent of social media means consumers are much more aware of the political stances and choices taken by their favourite brands.

They can also be quick to boycott companies or launch online campaigns against businesses that don't represent their values.

“Scotiabank obviously wants to be seen as a progressive organization that’s very concerned about allegations of sexual misconduct, either in the workplace or at sports events or wherever it is," Soberman said.

"They want people to understand that they are on the side of wanting this to stop.”

The Canadian Press reached out to some of Hockey Canada's other major corporate partners — including Esso, Nike and Tim Hortons — seeking comment on Scotiabank's decision to temporarily pull its funding.

Esso was the only company to respond, saying in a statement that it is "concerned by the recent allegations."

But Soberman said Scotiabank's decision could have ripple effects.

"I don’t think BMO or TD or RBC are going to be lining up to sign up as (Hockey Canada) sponsors just because Scotiabank has walked out. Finding a replacement for Scotiabank is not going to be obvious," he said.