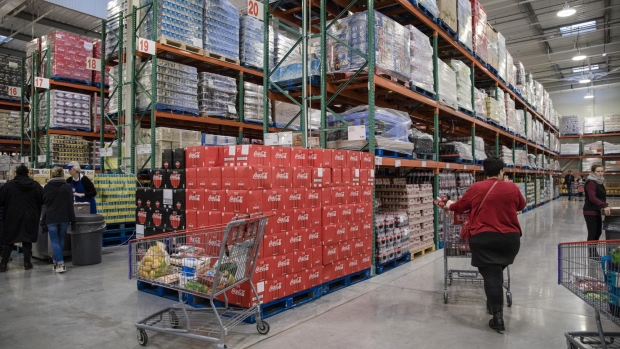 (Bloomberg) -- Life just got a lot hairier for Gillette.

Costco Wholesale Corp. is now selling razors and blades under its Kirkland Signature store brand. A razor and pack of 14 Kirkland blades costs $19.99 at the membership-based warehouse club, or $1.43 a blade. That’s about 24 percent less than the per-blade price Costco charges for Gillette’s Mach3 brand, according to Stifel Nicolaus & Co. analyst Mark Astrachan.

The move is bad news for Gillette maker Procter & Gamble Co., which cut prices on most of its razors last year in the face of increasing competition from more affordable upstart brands and a preference among younger guys for more facial hair. One of Gillette’s newer rivals, Harry’s, will expand into 2,200 Walmart stores later this month, while online razor merchant Dollar Shave Club was acquired by Unilever for $1 billion in 2016.

P&G’s market share in razor blades has declined to 56 percent last year from 64 percent in 2012, said Astrachan, who called the Kirkland launch “modestly negative” for the consumer-products giant. Private-label blades, meanwhile, have almost doubled their market share over the same period.

To contact the reporter on this story: Matthew Boyle in New York at mboyle20@bloomberg.net.

To contact the editors responsible for this story: Crayton Harrison at tharrison5@bloomberg.net, Lisa Wolfson, Jonathan Roeder