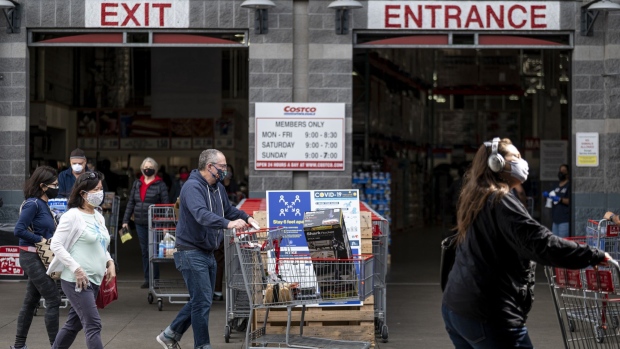 (Bloomberg) -- Costco Wholesale chose not to raise its membership fees amid record renewal rates in the company’s fourth quarter.

“There are no specific plans regarding a fee increase at this time,” said Chief Financial Officer Richard Galanti on the earnings conference call. However, he continued, “it’s a question of when, not if.”

The company typically raises its membership fees every five to six years. The last increase was in June 2017, and some analysts are predicting a boost in early 2023.

Fourth-quarter membership fees were up about 7% to $1.3 billion and accounted for about 2% of the retailer’s total revenue, which beat estimates. The company also said that it sees some beginnings of improvement for US inflation, and expects to be able to sell an overstock of holiday goods this season that were left over from last year.  Shares fell more than 2% postmarket after results.