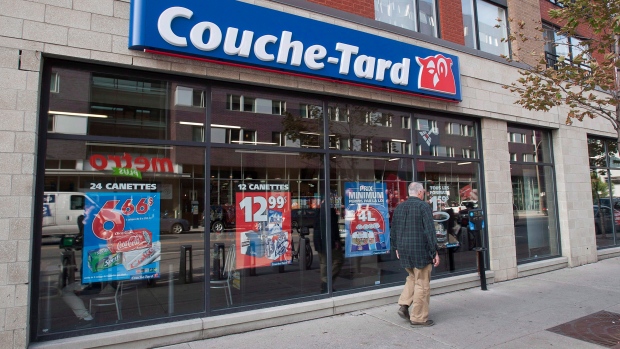 Alimentation Couche-Tard Inc. says labour shortages have been a big challenge for its convenience stores and suppliers, but the Quebec company believes the worst is behind it.

The company says it faced a 7.7 per cent increase in operating expenses in its latest quarter, including about two per cent for employee retention measures.

Labour shortages have also impacted suppliers, particularly in the U.S., from shortages of truck drivers to warehouse staffing and production delays caused by disruptions in receiving raw materials.

He says the company hired 20,000 employees over the summer as it speeded up the hiring process while also offering bonuses and training to keep workers.

Couche-Tard also says it has faced cost increases in every category of its business, but has managed to pass them on to shoppers through higher prices while maintaining volumes and margins.

"I don't think we're unique there. I think that's affected really all retail. And quite honestly, I expect more to come," Hannasch said about price increases Wednesday during a conference call with analysts about its second-quarter results.

"I believe that we're remaining competitive on a relative basis. We strive to continue to provide our customers value through smart multi-pack pricing, offering different assortments and working with our vendors on private label and other exclusive innovative values ideally leverage our scale."

The increased payment to shareholders came as it reported it a second-quarter profit of US$694.8 million or 65 cents per diluted share, down from US$757 million or 68 cents per share a year earlier.

Reporting in U.S. dollars, revenue increased 33.5 per cent to US$14.22 billion from US$10.66 billion in the prior-year quarter, mainly due to higher fuel prices.

Couche-Tard was expected to report 66 cents per share in adjusted profits of US$14 billion of revenues, according to financial data firm Refinitiv.