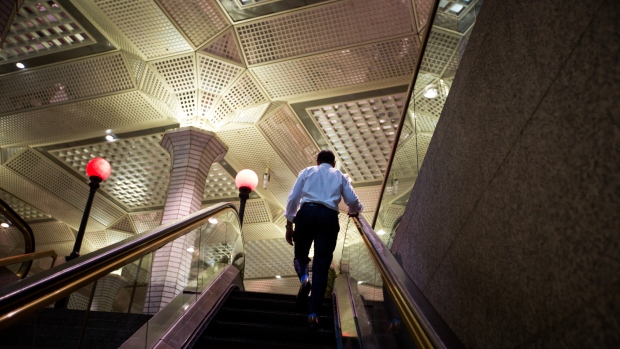 In ordering the investigation, Jones wrote that Alix’s claims about McKinsey “if true, could violate Title 18 and otherwise impugn the integrity of the bankruptcy process.” Title 18 is the main criminal code of the federal government.

The judge didn’t elaborate on how McKinsey might have violated the law, and emphasized that the court hasn’t reached any conclusions yet about anyone’s conduct. On Tuesday, Jones took the unusual step of ordering McKinsey and Alix’s investment firm, Mar-Bow Value Partners, to each send a company official to a Dec. 18 status hearing. Typically, only lawyers and other hired advisers would attend.

McKinsey said in emailed statements that it hasn’t done anything wrong, that it will fully cooperate with the Trustee and that it always acts ethically when involved in a bankruptcy or restructuring. “We believe our disclosures have always complied with the law and are confident they will be found appropriate here as well,” McKinsey said, adding that Alix is using “baseless allegations” to wage a “malicious anticompetitive campaign.”

A court official said the judge isn’t allowed to comment, and the U.S. Trustee’s office wouldn’t elaborate. A decision on whether to open a criminal probe rests with the U.S. Attorney.

The judge’s order came the same day that the U.S. Trustee criticized McKinsey’s conduct in another coal miner’s bankruptcy case, this one in Virginia for Alpha Natural Resources Inc. Acting Trustee John P. Fitzgerald III urged Judge Kevin R. Huennekens to re-open the 2015 case and force McKinsey to return its advisory fees, saying the firm repeatedly made inaccurate statements in testimony and sworn statements that obscured ties between its restructuring practice and its investment arm.

McKinsey said in a court filing Tuesday that it disagrees with the U.S. Trustee’s assertions. The firm argues it made the proper disclosures to the court in Alpha Natural’s case, and that the judge approved its participation after finding it was “disinterested.”

At the heart of the dispute is whether McKinsey kept its restructuring unit sufficiently separate from its multi-billion-dollar investment fund, and whether the ties were sufficiently disclosed. McKinsey Recovery and Transformation Services advises bankrupt companies on how to work with creditors to cut debt, streamline operations and emerge from court supervision. The McKinsey Investment Office or MIO sometimes invests with the creditors who hold debt in bankrupt companies, according to court papers filed by Mar-Bow Investments, a firm owned by Alix.

Any negative findings by the U.S. Trustee in the Texas case could lay the basis for a referral to federal prosecutors and a request for a criminal investigation, according to retired bankruptcy judges Richard Schmidt and Bruce Markell in separate interviews earlier this month.

Disclosing previous clients to the court and other potential conflicts is routine in bankruptcy cases. Schmidt and Markell both said that if McKinsey was simultaneously acting as an adviser and investor, the firm probably should have been disqualified.

“If in fact you have skin in the game on one side and you are advising on the other, that’s just an obvious conflict,” said Markell, now a professor at Northwestern University’s law school. Schmidt, who retired after 28 years as a judge, reviewed the allegations against McKinsey and the company’s response and said he had never heard of such an arrangement.

That said, Schmidt added that there may be no cause for legal action against an adviser in a case where the company fully disclosed the conflict to the judge, nobody objected and the court then approved the firm’s representation. That’s what happened in the Alpha Natural case, according to McKinsey’s court papers.

The two coal cases are part of a larger, long-running fight between McKinsey and Alix, who founded AlixPartners LLP and still owns 35 percent of the competing advisory company. Alix filed objections in both cases and a related lawsuit in New York, claiming that operating MIO should disqualify McKinsey from working in certain bankruptcies because of the conflict of interest.

In a statement, Alix called McKinsey’s claims about him “ridiculous” and said his only goal is to force the consulting firm to comply with bankruptcy law. He cited comments by the U.S. Trustee in the Alpha Natural bankruptcy filings, in which the government agency said “McKinsey’s suggestions of bad-faith motives by Mar-Bow do not excuse either its opposition to making public disclosures that should have been made voluntarily, or the deficiencies in the disclosures it ultimately made.”

Fitzgerald, in a 10-page report on the Alpha Natural case filed Nov. 30, said McKinsey incorrectly portrayed its investment unit as a blind trust “no less than four times in sworn disclosures, sworn testimony, or in statements to the court.” Instead, the Trustee said, the head of McKinsey’s restructuring unit sat on the investment unit’s board and ratified investment decisions.

McKinsey has acknowledged the executive’s dual role in court papers, and said it had fully disclosed its connections in confidence to the Alpha Natural judge, who then approved the consulting firm as an adviser. The Trustee argued that if its office had seen those documents, it would have demanded full public disclosure of all McKinsey’s investments related to the case.

The MIO unit serves McKinsey’s pension plans, partners, and former partners and “operates separately from our consulting activities,” and other restructuring consultants have similar arrangements, McKinsey said via email. If MIO is cause for disqualification, “few legal and financial advisory firms of any significant size” could be hired in bankruptcy, McKinsey said in its Dec. 11 court filing.

“I’m not so sure that a Chinese wall between these affiliates would be sufficient,” said Schmidt. Markell agreed, saying McKinsey’s argument so far “doesn’t pass the smell test.”

Bankruptcy cases come with broader disclosure rules than civil cases, said Daniel Bussel, a practicing bankruptcy lawyer and a professor at UCLA School of Law. Failure to be transparent raises “the possibility of criminal prosecution for bankruptcy fraud,” said Bussel in an interview. He was commenting on bankruptcy ethics in general, and said he isn’t familiar with the allegations against McKinsey.

To contact the reporter on this story: Steven Church in Wilmington, Delaware at schurch3@bloomberg.net

To contact the editors responsible for this story: Rick Green at rgreen18@bloomberg.net, Dawn McCarty