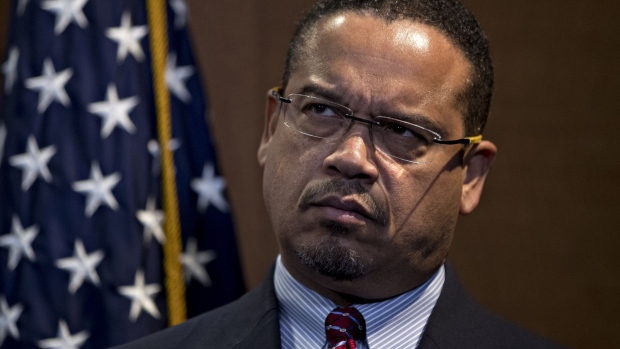 (Bloomberg) -- President Donald Trump’s wild claim of a vast conspiracy to deprive him of a second term has created an unprecedented stress test on the U.S. election system and the courts, according to Minnesota Attorney General Keith Ellison. And so far, they’re passing, he said.

Lawsuits filed by Trump and his GOP allies have fizzled, while election officials -- including Republicans -- have stood by the results and rejected the president’s unsubstantiated claims of massive voter fraud, Ellison said an interview Friday, hours after the Minnesota Supreme Court dismissed a Republican-led suit that aimed to decertify President-elect Joe Biden’s victory in the state.

“This shows the courts are still an independent institution,” said Ellison, a Democrat who was elected in 2018. “One of the hallmarks of an authoritarian state is having no press freedom and the courts are lapdogs for whoever is in power. We can say that’s not true here.”

Ellison noted that the Minnesota Supreme Court judge who wrote the opinion tossing the GOP case, Chief Justice Lorie Gildea, is a Republican appointee who said the lawsuit was filed too late. “She doesn’t like nonsense and shenanigans,” the attorney general said.

Federal judges -- including one appointed by a Republican -- on Monday rejected two more suits seeking to decertify the results in Georgia and Michigan. And a Trump-appointed federal appeals court judge in Pennsylvania rejected a related GOP lawsuit on Nov. 27, saying “voters, not lawyers, choose the president.”

All that is evidence that the U.S. can withstand disruptions like Trump, even if his refusal to concede may do real damage to society in other ways, Ellison said.

“It’s clear from this record of court losses that despite the president’s attack on the legitimacy of American elections, the system is holding up,” Ellison said.

The suits, by Trump lawyer Rudy Giuliani and former campaign attorney Sidney Powell, appear to be part of a coordinated GOP effort undermine Biden and create a sense of victimization among Trump voters so they’ll turn out to cast ballots again in 2022 and 2024, Ellison said.

“I don’t really believe that Rudy Giuliani and Sidney Powell believe that they’re going to get anywhere with these claims, but they do believe they can wound Biden and leave him limping in to office,” Ellison said. This way, “the base of the Republican party feels aggrieved and mistreated, and there’s nothing like the feeling of victimization to spur people on.”